Pakistan coach Mohsin Khan said good bowling from both England and Pakistan throughout the series was making batting difficult, as 16 wickets tumbled on the opening day of the third and final Test on Friday. 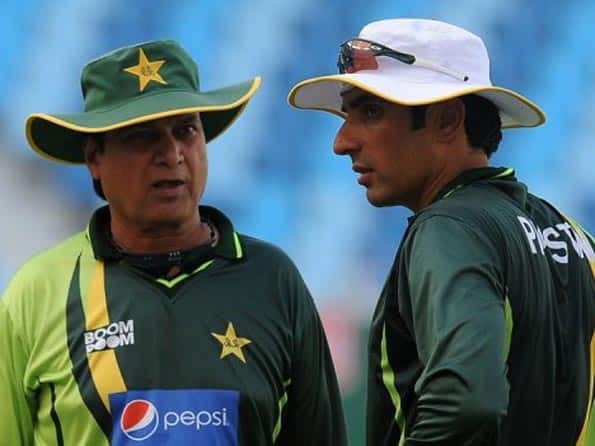 Mohsin Khan (L) said it will be crucial to keep England’s lead, which was of five runs at close, down AFP

Pakistan coach Mohsin Khan said good bowling from both England and Pakistan throughout the series was making batting difficult, as 16 wickets tumbled on the opening day of the third and final Test on Friday.

England, playing to salvage their world number one-ranked team’s pride, were 104/6 after they wrecked Pakistan to 99 all out on an extraordinary day for bowlers on a seemingly batting-friendly Dubai Stadium pitch.

Khan praised bowling from both sides.

“The pitch was good, no doubt. We know the ball swings early in the morning but we planned to put up a good total and put England under pressure, so credit to them as they bowled well,” said Khan.

“After being dismissed for 99 we were in a difficult position, it was very disappointing, but the manner in which we have fought back by taking six wickets, making sure that we will fight for the result to come in our favor,” said Khan, a former opening batsman.

Khan said it will be crucial to keep England’s lead, which was of five runs at close, down.

“Obviously we don’t want England to get a big lead, we want to get them out as soon as possible and then bat sensibly in the second innings,” said Khan, appointed on an interim basis.

He is likely to be replaced by former Australian batsmen Dav Whatmore next month.

Khan said he has a lot of respect for England, despite they being 2-0 down after their ten wicket defeat in the first Test and by 72 runs in the second in Abu Dhabi.

“I’ve said this to my boys before the start of this game that even though we are 2-0 up, but we have a lot of respect for English talent and their strength in the team with their bowling attack.

“We didn’t expect to first of all get all out for 99 but we fought back well.”

“I think they bowled very well, definitely. They have bowled well throughout the series and so I don’t necessarily feel it affected our confidence. All our guys are confident, probably not spending the time at the crease they would have liked,” said Anderson.

“We enjoy bowling in tandem, we grew together as we complement each other quite well and we talk to each other and he always fields in mid on or mid off for me we chat a lot about the game and it works really well,” said Anderson.

Anderson hoped he and captain Andrew Strauss (41 not out) further increases the lead.

“Maybe if we score a bit more freely tomorrow, if we can get 20 to 30 ahead with (Graeme) Swann and Board to come we will be in a good position,” said Anderson.(AFP)