In India, the coach and captain do not have a vote in team selection at present as per the BCCI constitution.

India U-19 coach Rahul Dravid has been named as a ‘special invitee’ for the junior selection committee meeting of the Board of Control for Cricket in India (BCCI) in New Delhi on June 11.

IANS has learnt that Dravid along with chairman Aashish Kapoor, Gyanendra Pandey, Rakesh Parikh, Debashish Mohanty and Amit Sharma will attend the meeting where the India U-19 team will be picked that will tour the UK to participate in a one-day triangular series that will also have U-19 teams from England and Bangladesh.

While former India skipper Dravid is also known to be the ‘unofficial’ go-to-man of India’s senior national selection committee when it comes to providing the national team with the perfect bench strength, this could be the first time in a while that a coach is officially attending a BCCI selection meeting.

In India, the coach and captain do not have a vote in team selection at present as per the BCCI constitution. Interestingly, before going to England for the upcoming World Cup, India chief coach Ravi Shastri had made it clear that he didn’t get involved in selection matters as he didn’t have a vote.

“You have a chat with the captain but like I said we don’t get involved in the selection and what is the point getting involved. You don’t have a vote. So why go there and just tom tom away about anything. Selectors have a job to do and they picked 15. And now it is my job with the team management,” he had said. 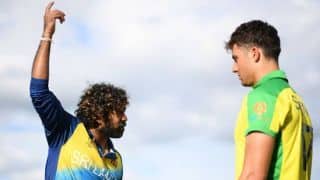