The teams will in a three-match series at New Delhi from June 13 to June 16.

Coca-Cola India reiterates their commitment towards promoting grassroots cricket and announced the final stage of the Coca-Cola Cricket Under-16, a three-match series tournament between Coca-Cola India XI and Bangladesh Under-17 national team at Kochar Continental Hotel in New Delhi.

The three matches will be played from June 13-16 in the national capital. The first two matches will be day-night fixtures at the Cricket Academy, Sarvodya Kanya Vidhyalaya, with the final day match being scheduled at Jamia Islamia Cricket Ground.

The series will be played as per the International Cricket Council (ICC) rules. The Coca-Cola XI team will be led by Muklit Bhat from Delhi and Daryl Ferrarrio from Tamil Nadu will be the vice-captain.

The Bangladesh team will be led by Shafial Hayet and Mohammed Saif Hassan will be the vice-captain. At the end of the series, three aspiring young cricketers will be named as the Coca-Cola cricket cup stars.

Coca Cola captain Bhat is excited to be a part of this series, “This will be a new experience for us and will give us an exposure by playing an international series, I am thankful to the organisers for giving us an opportunity, we will try to win the series.” 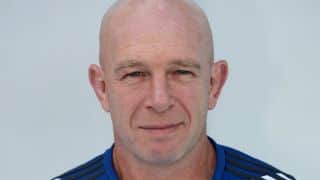