Cowdrey found himself up against the Australians again but this time at his beloved St Lawrence ground.

Canterbury: Kent are set to concede a huge first-innings lead in their tour match against Australia, but 40 years ago this week on the same Canterbury ground, Colin Cowdrey produced a remarkable innings as they recovered to beat the feared 1975 Australians. For generations of cricket lovers, Cowdrey was the epitome of classical elegance at the crease.

But in 1975, at the age of 42, the batting great was coming to the end of his career, having been summoned as a late replacement for a record-equalling sixth tour of Australia in 1974/75 as England were overwhelmed by the ferocity and guile of fast-bowling pair Dennis Lillee and Jeff Thomson.

A few months later, Cowdrey found himself up against the Australians again but this time at his beloved St Lawrence ground in Canterbury. Steven Smith scores century against Kent in warm-up tie

Desperate for one more big innings against the old foe, his unbeaten 151 out of a second innings score of 354 saw Kent, more than 200 runs behind on first innings, win by four wickets as they beat Australia for the first time since 1899.

For Graham Johnson, who opened for Kent in that match, the memory of the game and Cowdrey’s innings in particular remains bright four decades on.

“The end result was amazing because the last day, you couldn’t have written a script better than that, especially with Colin playing an innings like that,” Johnson told AFP in an interview in the Canterbury pavilion.

“He’d come back from that winter when he had got all that stick for being flown out to Australia and getting bombarded,” added the 68-year-old Johnson, now Kent’s chairman of cricket, who spent several seasons in the same county side as Cowdrey.

“Leading us to that win was fantastic. The position we got ourselves into in the match was quite funny. We got rolled over and Australia didn’t enforce the follow-on,” said Johnson. Mitchell Johnson takes a wicket off his 6th ball in England

“They wanted a bit of batting practice and I do remember one thing that set us up a little bit. Ian Chappell, their captain, decided ‘we’ll get some batting practice’ and had ordered the team bus to be their early because they wanted to get on to the next game,” he added.

But Johnson added the Kent side had an inkling Cowdrey, out for 22 in the first innings when going well, might do something special.

“Just seeing the level he was playing at…You sort of sensed in the dressing room that he saw it as a bit special.”

But with Lillee leading an attack that, although missing the rested Thomson, still featured lively left-arm swing bowler Gary Gilmour and off-spinner Ashley Mallett, runs were not easy to come by. Alastair Cook reveals England will have no batting practice in Spanish training camp

Johnson, however, said Cowdrey, who died aged 67 in 2000, could bat at a level most players could only aspire to when in top form.

“Master at work is a simple way of describing it,” said Johnson.

“I opened in that match and I got out to Gilmour twice. Lillee and Gilmour opened the bowling, Thommo didn’t play that game. But with a new ‘nut’ [ball] in those days, without helmets and things, which people forget, it was testing.”

“In our second innings, they got a couple of breakthroughs, myself, Brian Luckhurst. We rebuilt a bit, Colin was there, and Bob Woolmer [71 not out] got injured before coming back and seeing it through at the end.” Tent interrupts Australia’s warm-up tie against Kent at Canterbury

“Out of 354, if one guy is there and gets 151, it says it pretty much. When you are playing against the likes of Lillee and people at that level, some people are surviving and others are getting on top of it. ”

“Colin was in a great form, it was a special innings, and, as I say, it felt like watching the master at work, which is what he was when he was on form.”

“Some of the Aussies might even have admired some of it, much as they would have been contesting the result,” Johnson said. Shaun Marsh starts Ashes tour with a ton against Kent 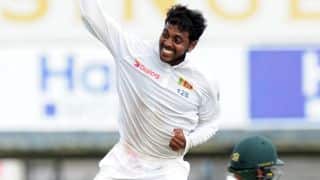 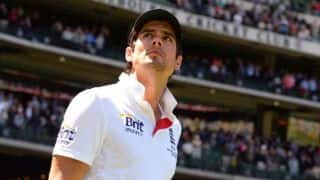 Alastair Cook: Ashes 2015 win would by my 'best achievement'