South African batsman Colin Ingram has joined Glamorgan on a three-year contract with the Welsh county. The 29-year-old, who has played 31 One-Day Internationals (ODIs) and nine Twenty20 Internationals (T20Is) with the last coming 12 months ago against Pakistan in Dubai, is regarded as only having an outside chance of making it into the Proteas’ squad for next year’s ICC World Cup 2015 in Australia and New Zealand.

Ingram will be registered to play for Glamorgan under the Kolpak ruling. That will mean he won’t be classed as overseas player, which in turn will rule Ingram out of representing South Africa. The left-hander has a first-class batting average of just over 37, with eight hundreds and 20 half-centuries. His average in 50-over cricket is over 40, including three fifties for Glamorgan’s county rivals Somerset last season. He also played one first-class and four Twenty20 games for the club.

Ingram will join another former South Africa international at Glamorgan, with batsman Jacques Rudolph returning as overseas player to the Cardiff-based club, classed as one of England’s 18 first-class counties. “I’m delighted to be joining Glamorgan,” Ingram said Friday. “I had my first taste of playing county cricket with Somerset and I enjoyed it. I’ve spoken to Jacques Rudolph about the club and I’m looking forward to the challenge and to playing with my new team-mates.”

The Kolpak ruling took effect in 2003 when the European Court of Justice ruled that anyone with a work permit from a country which has an associate trading agreement with the European Union had the same rights as a European worker.  This means that English counties can sign cricketers from countries such as South Africa without having to designate them as overseas players as long as they have not represented their country in the past year. 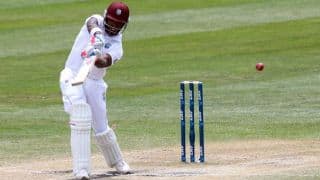 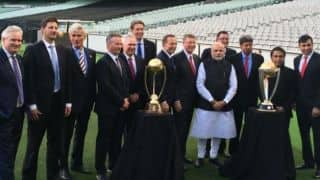