It seems Gareth Batty may complete his circle of Test career if he gets to play in any of the match in the series and it is because he made his debut in the longest format against the same team at Dhaka back in October 2003.

Surrey’s Gareth Batty made his shocking comeback to Tests for the English side after 11-years at the age of 38. Before you start thinking who is Gareth Batty? Let us remind you that he has represented England team in both Tests and One-Day International (ODI). He played seven Tests between 2003 to 2005 and 10 ODIs between 2002 and 2009. As he broke headline for his comeback after a long time, one should also know that he is right-arm off-break bowler, who averages worst in both, his so far Test and ODI career, but in the latest First-Class county season he did pretty decent with the ball by scalping 41 wickets from 16 matches at 31.21.

Apart from him, there have been three more surprise inclusions in the England Test side and they are Haseeb Hameed, Ben Duckett and Zafar Ansari. This will be their first international assignment. Coming back to Batty, it seems he may complete his circle of Test career if he gets to play in any of the match in the series and it is because he made his debut in the longest format against the same team at Dhaka back in October 2003. Also, his last Test was also against Bangladesh in 2005 in England.

With his inclusion in England’s playing XI against Bangladesh for first Test, he sets a new world record of missing most consecutive Tests for a team between appearances. Before Batty, this record was held by another English bowler — Martin Bicknell, who missed 114 Tests after making his debut in 1993 and between his comeback in 2003. With Batty playing in the first Test of the series, he breaks the record of Bicknell by missing 142 (if he plays in first Test) or 143 (if he plays in the second Test) games for England in the longest format.

The below table will give a clear picture of top 10 players who have missed most consecutive Tests for a team between appearances so far.

Apart from missing most matches, Batty also makes his comeback to the side after 11 years and may set another record for third longest interval between appearances in a particular format post World War II. Since 1945, only two English players had such long interval in Tests and they are Derek Shackleton (11 years, 225 days) and Les Jackson (11 years, 345 days). 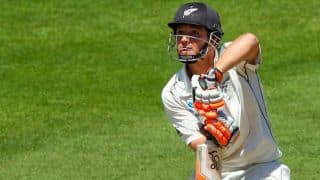