Complaint to Ombudsman: Ganguly as Delhi Capitals' 'advisor' during KKR game at Eden will be Conflict of Interest

Complaint to Ombudsman: Ganguly as Delhi Capitals' 'advisor' during KKR game at Eden will be Conflict of I

While Ganguly was unavailable for a comment, a source close to the former Indian captain maintained that there is "absolutely no Conflict of Interest".

The BCCI Ombudsman DK Jain has received two complains that Sourav Ganguly will be “conflicted” if he performs his role as Delhi Capitals‘ advisor in an upcoming IPL encounter against KKR at the Eden Gardens on April 12.

Two West Bengal-based cricket fans, Ranjit Seal and Bhaswati Shantua in separate communications to Justice (Retd) D K Jain has questioned Ganguly’s role as an advisor of Delhi Capitals when he is still the president of Cricket Association of Bengal.

While Ganguly at the time of accepting the offer had made it clear that he has sought permission from the Committee of Administrators (CoA) and there is no “Conflict of Interest”, both the fans have posed similar question to Jain, who is also the Ethics Officer of the board.

“I would also like to draw your kind attention that on 12th April, 2019 (inadvertently quoted 12th May, 2019 in my earlier e-mail), Kolkata Knight Riders(KKR) vs- Delhi Capital Match will be played at Eden Gardens, Kolkata. KKR is the local franchisee (sic), who are closely associated with the Cricket Association of Bengal,” one of the complainants Seal, wrote in his letter, which is in possession of PTI. (ALSO READ: Sourav Ganguly joins Delhi Capitals as advisor)

“Sir, is it practically possible in one hand CAB president is supporting the local franchisee (sic) to conduct the match administratively and in another way (on other hand), CAB President is sitting with the the team officials of Delhi Capitals as an Advisor,” he further wrote.

While Ganguly was unavailable for a comment, a source close to the former Indian captain maintained that there is “absolutely no Conflict of Interest”.

“Sourav has taken permission from the CoA. And let me make it clear, he will be very much present in the Delhi Capitals dug-out on April 12. There is no question of withdrawing when relevant permissions are in place.”

While it is still not clear whether Jain will take cognisance of the letters written by fans, a senior BCCI official termed the accusation as “absolutely preposterous”.

“Basically, some fans want to insinuate that Ganguly as CAB president can influence local curators during DC vs KKR match at the Eden Gardens on April 12. This is preposterous. You are questioning the integrity of one of our greatest captains. I don’t know if it’s a part of BCCI’s larger politics,” the official said.

Recently, the BCCI has faced controversies with local franchises expressing their unhappiness with the work of neutral curators.

“Since some of the pitches have come under scanner during this IPL, may be timing of this complaint has got something to do with it,” the official said. 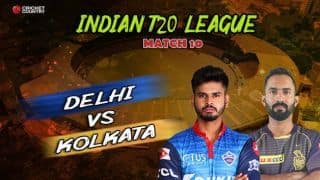 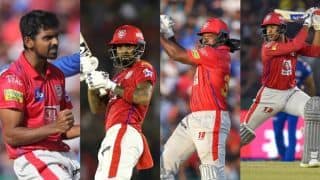