The injury didn't seem a minor one - it required scans as doctors feared it could be because of appendicitis. England allrounder Ben Stokes might be in the possession of one of the smartest cricketing minds but it seems his memory needs a bit of sharpening.

An incident from England’s recently abandoned tour of Sri Lanka suggests so.

Stokes had missed the second warm-up match of the tour on account of a stomach injury which the allrounder had completely forgotten about how he picked it up.

The injury didn’t seem a minor one – it required scans as doctors feared it could be because of appendicitis.

He would later recall that the pain was a result of a hit he copped up while taking throwdowns from fielding coach Carl Hopkisnon.

“One thing the break has allowed me to do is get over my stomach injury that caused me to miss the second warm up match in Colombo,” Stokes wrote in his column for Mirror. “I’d had a bat, then sat down in a chair and had some lunch. When I got up to move it felt like someone was stabbing me in my abdomen, it was so painful. The doctor thought it might be appendicitis but a scan ruled that out, and we still didn’t know why I was in such pain.”

A question from Hopkinson cleared the mystery.

“The next day when I got to the ground Carl Hopkinson our fielding coach saw me and asked: “Do you reckon it was where I hit you?” And then it suddenly dawned on me. He had hit me quite hard giving me throwdowns when I was batting and I had just completely forgotten about it. I’m all good now and will be ready to play again whenever the time comes, and maybe next time my memory won’t be such a sieve,” Stokes recalled.

Back in England with his family as the world grapples with the dreaded coronavirus, Stokes wrote it’s strange being on a break when all his mind can think about his getting back on the field and play cricket.

“It feels strange being back at home from Sri Lanka and hanging out with the family when your body and your mind were gearing up to do the thing you love and play Test cricket. But this is the reality of where we are at in the world and at this moment in time the most important thing is everybody’s health,” he said.

He continued, That has to take priority over everything else right now and cricket and sport need to take a back seat for a while so that people can look after themselves properly and get through this.”

Stokes’ next assignment will be playing for Rajasthan Royals the Indian Premier League should it happen as it’s been suspended till April 15 on account of COVID-19 pandemic. “As it stands the IPL is my next bit of cricket, but no-one can say for sure when or if it will go ahead and whether there will be any crowds able to come and watch,” he wondered. 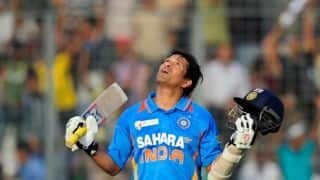 On this day, Sachin Tendulkar played his last ODI 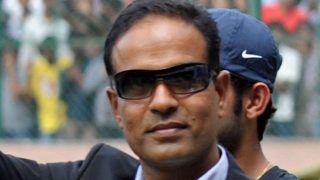