New Zealand all-rounder Corey Anderson is returning to English county side Somerset to play in T20 cricket for the 2018 season.

New Zealand all-rounder Corey Anderson is returning to English county side Somerset to play in T20 cricket for the 2018 season. Anderson, who has featured in 13 Tests, 49 ODIs and 29 T20Is for the New Zealand, made his presence felt in last year’s competition when he bludgeoned 81 from 45 balls on his Somerset bow against Surrey.

He played only four matches last year, contributing 142 runs at a remarkable strike rate of 184 before an injury ended his stay prematurely.

But the 27-year-old who once held the record for the fastest one-day-international hundred, since surpassed by South Africa’s AB de Villiers will be available from the start of this season’s campaign, starting against Gloucestershire at Taunton on July 6.

“Having had my time at Taunton cut short with injury last season, I feel I have unfinished business and I hope I can help Somerset go all the way in 2018,” said Anderson.

Somerset director of cricket Andy Hurry said: “Corey has a vast amount of experience and is very well known here at Somerset. His all-round ability will have a huge impact on our performances.” 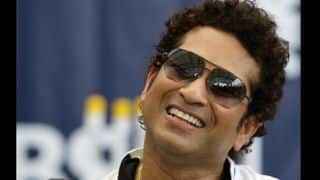