The upcoming season of IPL has already been suspended till April 15 after it was originally scheduled to start from March 29.

After Chennai Super Kings, another Indian Premier League franchise has cancelled its training camp in wake of coronavirus threat. Royal Challengers Bangalore (RCB) on Monday announced their IPL camp scheduled to get underway from March 21 has been deferred indefinitely.

The upcoming season of IPL has already been suspended till April 15 after it was originally scheduled to start from March 29.

“Keeping in mind the health and safety of everyone involved, the RCB Training Camp scheduled to start on the 21st of March has been deferred until further notice. We request everyone to follow the guidelines provided by the Health Ministry and stay safe,” RCB posted on their official Twitter account.

RCB’s Director of Cricket Operations Mike Hesson called the announcement unfortunate but something that was done to ensure the safety of everyone involved. It’s a unfortunate situation but the safety is our priority. RCB has taken a conscious call to not bring the full squad together at this stage, but we are in touch with our players individually keeping them well informed and making sure they will be ready when called upon,” Hesson said.

The sports ministry has already asked all national sports federations to avoid large gatherings in sporting events based on the advisory of health ministry.

The government of India cancelled all visas except for a few special cases till April 15 to beat the coronavirus threat.

Several sporting events in India and globally continue to be postponed or cancelled. 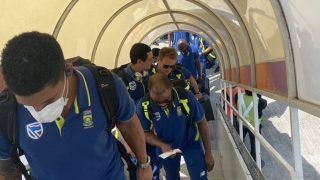 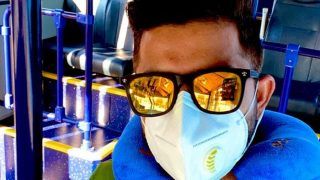