The Proteas have been scheduled to fly out of Kolkata on Tuesday morning. The South African cricket team has checked into a Kolkata hotel near the airport on Monday ahead of their departure for home.

South Africa were to play in a three-match ODI series against India but after the series opener in Dharamsala was washed out, the cricket boards of the two cricketing nations decided to call off the remaining two matches due to the growing number of coronavirus cases.

The Proteas have been scheduled to fly out of Kolkata on Tuesday morning.

“We have made full arrangements so that the South African players return home safe. We have a three-member medical team looking into their arrangements. We are taking adequate precautions,” medical committee chairman Pradip Dey told reporters at the city hotel on Rajarhat.

The team was received at the airport by Cricket Association of Bengal (CAB) president Avishek Dalmiya, secretary Snehasish Ganguly and joint-secretary Debabrata Das. “Everything is fine. Their rooms are all sanitised. Our liaison manager, medical team are also there in two rooms. They are all equipped with special masks, sanitiser. We have spoken to the players, they are fine,” Avishek said.

Initially, it was decided that the two ODIs in Lucknow and Kolkata will be played behind closed doors before the series was cancelled.

The BCCI, in a media release, said the series has been rescheduled with dates to be confirmed later.

The COVID-19 pandemic has resulted in the cancellation of almost all major sporting events globally.

So far, over 1,70,00 cases have been reported so far with over 6,500 deaths globally due to the highly contagious coronavirus. 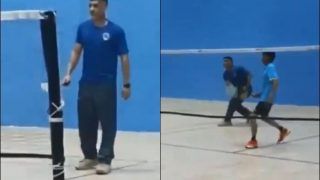 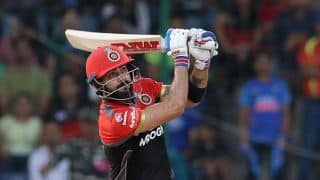