Ashwin took 12 wickets and top-scored for Nottinghamshire in both innings at Trent Bridge.

Despite taking 12 wickets and top-scoring in both innings for Nottinghamshire in their latest County Championship Division One fixture, India offspinner R Ashwin ended up on the losing side at Trent Bridge this week.

Ashwin, Nottinghamshire’s overseas signing for the 2018-19 English county season, took six wickets hauls in both of Surrey’s innings at Trent Bridge and scored 27 and 66. Still, the home team lost by 167 runs.

Ashwin, 32, signed with Nottinghamshire for six County Championship matches as practice for India’s World Test Championship fixture against West Indies next month. In three matches, he has taken 23 wickets at 19.91 and scored 197 runs at 39.40.

This is Ashwin’s second stint in English county cricket, having played four games for Worcestershire during the 2017 season when he took 20 wickets in four games and also scored 214 runs. 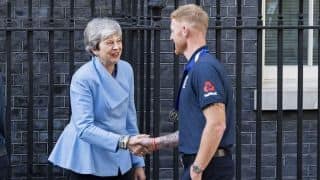