Bravo was criticised for the decision which resulted in Red Steel's first defeat.

Red Steel skipper Dwayne Bravo has defended his decision to allow 18-year-old Nicholas Pooran to take on Sunil Narine in a Super Over against the Guyana Amazon last week.

Bravo has been criticised for the decision which resulted in Red Steel suffering their first defeat in the Caribbean Premier League (CPL) this season, reports CMC. Bravo admitted that Pooran might have lost some confidence after dropping a catch in the final over of the Guyana chase but said the rest of the team backed the youngest player in the side to deliver.

“Obviously the result did not work out in our favour so you will hear the negative side in terms of why we chose young (Nicholas) Pooran,” said Bravo. “Obviously he was a bit low in confidence (after the final over) but the type of player Pooran is, he is very confident. He is the one who walked up and said ‘skip I want to do it’ so we gave him the opportunity.”

With scores tied at 118 after 20 overs, Christopher Barnwell swatted the first ball of the one-over eliminator from seamer Kevon Cooper over mid-wicket, to help Amazon Warriors gather 11 runs. With Red Steel requiring 12 to win, Narine beat left-hander Nicholas Pooran outside the off-stump with the first four deliveries before having him caught at long off by Martin Guptil off the fifth ball to seal the game.

“He will only learn from it. Obviously, it was only one over and anything could have happened and he was facing the best bowler in the world in Sunil Narine so there was not much he could do. Even I might not have been able to get the 12 runs in six balls,” Bravo said. It is a learning process and I am happy with him. I like his attitude and his belief in his ability and the team believes in him as well”.

The Red Steel are now in Trinidad and Tobago for three home games at Queen’s Park Oval in Port-of-Spain. They play Guyana Thursday, Jamaica Tallawahs Saturday and St.Lucia Zouks Sunday. 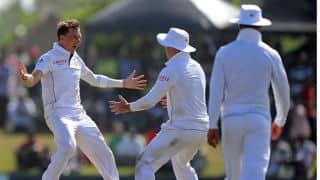 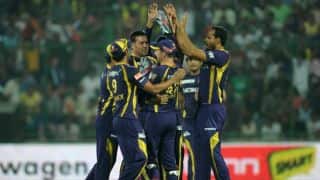