Tallawahs still have a bleak chance to make it to the playoffs placed at No. 3 position with 8 points.

Chris Gayle and Evin Lewis blazing fifties steered St Kitts and Nevis Patriots to the knockout stage of CPL 2017. They secured a 37-run win against Jamaica Tallawahs. The Patriots set up a mammoth target of 209 for the Tallawahs. However, Glenn Phillips and Trevon Griffith s blistering start could not take Tallawahs home. The Patriots were back in the game after removing Griffith for 42. Since, it was Tabraiz Shamsi and Mohammad Nabi who halted the Patriots game at regular intervals. the Chinaman picked the other opener Phillip while Nabi lured Kumar Sangakkara. Shamsi continued his good form and removed Jonathan Foo in the 15th over. Rovman Powell tried to resurrect the innings, but Carlos Brathwaite did the damage for the Patriots.

Earlier, the openers Gayle and Lewis began the proceedings on a composed note, taking the Patriots to 26 in 4 overs. Lewis broke the shackles by the 7th over and smashed Odean Smith for three boundaries. Rains did pay visit but did not break the momentum of the Patriots. Lewis continued his monstrous form, and this time attacked Andre McCarthy for two sixes. But Smith finally got hang of the hard-hitter by the 13th over for a comfortable catch to Sangakkara, removing him for 69. Gayle took over from Lewis and exhibited his powerful strokes in the death overs. In Mohammad Sami s last spell, Gayle smashed him for three boundaries to take the Patriots to a comfortable stage. But it was Nabi s 12-ball 29 that took the Patriots to the 200-run mark.

Tallawahs still have a bleak chance to make it to the playoffs, as they are placed at No. 3 position with 8 points. Nevertheless, Patriots have claimed the second position in the points table with 11 points. 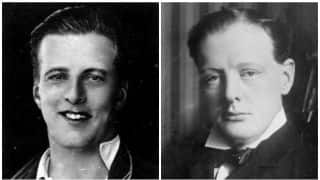 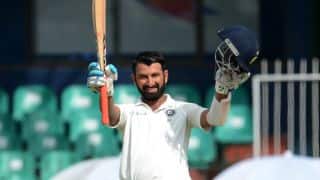 Cheteshwar Pujara: To play Tests, county cricket is the way to go