Fresh from guiding Nottinghamshire to their maiden T20 domestic supremacy, Daniel Christian has been roped in Caribbean Premier League (2017) franchise Trinbago Knight Riders (TKR). Christian comes in for Brendon McCullum, who was ruled out of further participation due to a fractured left arm. Speaking on the Christian acquisition, Trinbago head coach Simon Katich said: Losing an iconic figure like Brendon to injury is clearly a massive loss to the team, but in Daniel we have a proven match-winner who has just led a side to a T20 title in England. We hope that he can make it two trophies in two weeks with us in Trinidad.

McCullum had amassed 335 runs in 10 matches at an average of 55.83. On the other hand Christian, playing for Nottinghamshire, has amassed 356 runs in the NatWest T20 Blast. He has also picked up 11 wickets. To his credit, he has represented as many as 11 domestic T20 franchises apart from playing 15 T20Is for Australia. Christian has played for T20 cricket for New South Wales, South Australia, Hampshire, Deccan Chargers, Brisbane Heat, Royal Challengers Bangalore, Gloucestershire, Middlesex, Nottinghamshire, Hobart Hurricanes and Rising Pune Supergiant.

Trinbago go up against St. Kitts and Nevis Patriots in CPL 2017 Qualifier 1 on September 6. 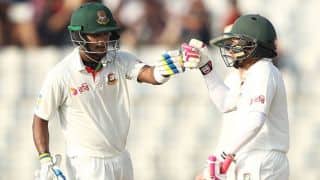