Narine scored a 22-ball 46 and later returned economical figures of 2/23 to keep Tallawahs to 169 chasing 192 for victory.

Sunil Narine’s productive show with both bat and ball played an instrumental role in Trinbago Knight Riders’ 22-run win over Jamaica Tallawahs on Saturday. Narine scored a 22-ball 46 and later returned economical figures of 2/23 to keep Tallawahs to 169 chasing 192 for victory, despite Andre Russell’s late pyrotechnics.

The Knight Riders, batting first, lost opener Lendl Simmons early, but Narine and Tion Webster came together for a solid 74-run partnership for the second wicket. Webster smacked seven boundaries and two sixes and reached his half-century off 37 balls. Narine brought out the fireworks in the very first over he faced, smoking 4, 6 and 4 off his first three balls before.

Dropped early by Gayle at fine leg, Narine eventually struck four fours and three sixes before falling to Shamar Springer. James Neesham handed a return catch to Steven Jacobs but a quick-fire lower-order stand of 47 from five overs between Denesh Ramdin and Kieron Pollard lifted TKR. Pollard faced 21 balls in which he blasted four boundaries to finish on 33 off 21 while Ramdin remained unbeaten on 21 off 16.

TKR were able to keep Gayle quiet, and even though he did smoke three sixes and a boundary, the opener managed 28 off 20 balls before being dismissed by Ali Khan. His partner Glenn Phillips had already departed cheaply in the third over, and when Rovman Powell had to leave, Tallawahs’ score read 44/3.

Chadwick Walton and George Worker put the chase back on track with a 49-run alliance. Russell, walking out at the fall of Walton’s wicket wasted no time and blasted four fours and four sixes as the two batsmen added 67 in less than seven overs. Yet, the required rate was too much for them to overcome and once Russell found the fielder at long-off, the match was essentially over with Worker unbeaten on 46. 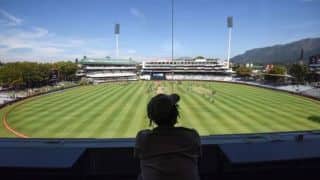 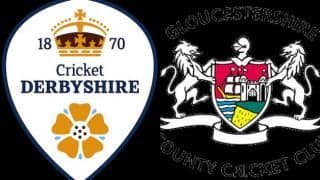