Thanks to Pooran and Rutherford, Warriors scored 45 off their last 12 balls.

Nicholas Pooran and Sherfane Rutherford combined to deliver a hat-trick of victories for Guyana Amazon Warriors in the 2019 Caribbean Premier League, putting on a rollicking stand of 78 in just 29 deliveries to set up a 47-run win over Barbados Tridents.

Pooran (61* off 30 balls) and Rutherford (32* off 14) turned the tone of Warriors’ innings around after Chandrapaul Hemraj‘s 63 from 55 proved the only inning of note from the top four on a tacky surface at Providence, and got the total to 180/4 in 20 overs.

Thanks to Pooran and Rutherford, Warriors scored 72 off their last four overs – and 45 off the final 12 balls.

At the end of the Poweplay overs, Warriors were 31/1 out of which Hemraj’s contribution was 27. When he was dismissed in the 16th over, the score was 102/4 after the cheap dismissals of Brandon King (1), Shimron Hetmyer (9) and Warriors skipper Shoaib Malik (4).

Almost immediately, however, Pooran and Rutherford attacked the Barbados bowlers. Rutherford’s first six sailed out of the Providence Stadium, and then Jason Holder was hit for two successive sixes by the 20-year-old. While Rutherford sped to 30 from only 11 balls, Pooran opened up from 25 off 22 to loot 36 runs from his last eight balls faced. Of those, five were hit into the stands for six. Pooran hit Roshon Primus for two consecutive sixes and Raymon Reifer was hit for three sixes in the last over of the innings.

Set 181 to win, Tridents lost Alex Hales first ball and ended with 133 in 16.4 overs. Hales was bowled for a golden duck when playing backward to Hemraj, who opened the bowling and sent down two overs for 10 runs. Pakistan legspinner Shadab Khan, the top ranked bowler in T20Is, dismissed Johnson Charles and Leniko Boucher and Malik had Jonathan Carter caught at long-on as Tridents slumped to 44/4.

A bullet throw from Keemo Paul in the deep ran out of Holder for 4 soon after, and then it was over to Romario Shepherd who claimed four wickets for 13 runs in 2.4 overs. Ashley Nurse delayed the inevitable with 40 from 25 balls before he was the first of Shepherd’s victims, out to a superb catch down the pads by wicketkeeper Pooran.

Shepherd bowled Reifer around the legs to be on a hat-trick, and though he did not manage the landmark he still had a great evening with the ball. 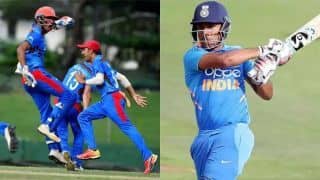 Dream11 Team Afghanistan U19 vs India U19, Match 9, U-19 Asia Cup – Cricket Prediction Tips For Today’s match AF-Y vs IN-Y at Colombo 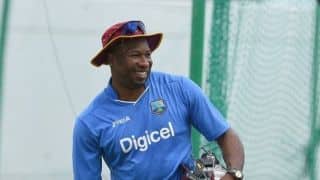