Hetmyer, who failed to make a mark in the Test series against India, smashed seven boundaries and three sixes in his 70* off just 47 deliveries.

Chasing 154, Guyana Warriors were off to a flier with openers Brandon King and Chandrapaul Hemraj stitching 63 runs. Hemraj, who was much more aggressive between the two, tonked five boundaries and two sixes in his 24-ball 39 before Carlos Brathwaite ened his stay in the seventh over.

King fell to West Indies left-arm pacer Sheldon Cottrell for 27 on the last ball of the 12th over.

From thereon, it was the Hetmyer show. The flamboyant Caribbean southpaw, who failed to make a mark in the Test series against India, smashed seven boundaries and three sixes in his 70* off just 47 deliveries as Guyana Warriors chased down the target with seven balls to spare. Pakistan veteran allrounder Shoaib Malik gave Hetmyer good company adding 23 off 20 as the duo made 64 runs for the unconquered third wicket.

Earlier, after being put into bat, Devon Thomas top scored with a gritty 62 off 49 to lay the foundation of the Patriots’ innings. The Patriots kept losing wickets at regular intervals. Pakistan legspinner Shadab removed the dangerous opener Evin Lewis for just 9 in the sixth over.

Thomas, who’s 49-ball stay at the crease, was laced with seven boundaries and two sixes, was sent back by Chris Green in the 18th over. Fabian Allen played a good cameo scoring 33 off 19 his knock studded with two boundaries and as many sixes. None of the other batsmen registered any significant scores with as many as five players falling with single-digit scores. 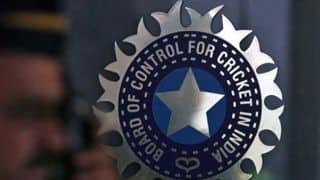 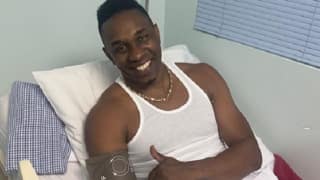