Rashid was brilliant on-the-field as he affected two runouts and picked up the important wickets of Denesh Ramdin and Jahmar Hamilton conceding 27 runs in his four-over spell. 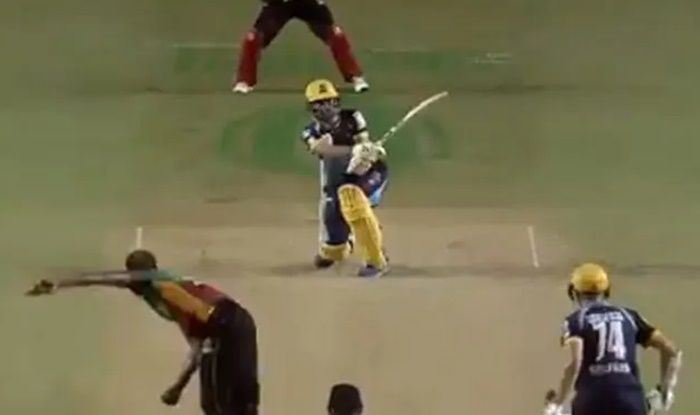 CPL 2020 got underway yesterday amid the pandemic in front of empty stands with two exciting matches. But, what caught the attention of the viewers was Afghanistan star Rashid Khan’s first-ball six of Alzarri Joseph during the second match of the day between Barbados Tridents and St Kitts and Nevis Patriots.

The six came on the fifth-ball of the 15th over. Rashid – who came into bat at No 10 – picked up an attempted yorker, turned it into a low full-toss, and brought his wrists into play to flick the ball for a stunning six.

To the eye, it looked like a nonchalant hockey flick.

Here is the video of the shot.

Rashid – who came into bat when the side was reeling at 116/8 after 14.4 overs – played a brilliant 20-ball 26 cameo to give the Tridents the perfect finish as the Tridents posted 153 for nine in 20 overs. Eventually, the Tridents beat the Patriots by six runs.

It’s all over in Trinidad and the Barbados Tridents have won by 6 runs!!! #CPL20 #CricketPlayedLouder #BTvSKP pic.twitter.com/cWdepihVGN

Rashid was brilliant on-the-field as he affected two runouts and picked up the important wickets of Denesh Ramdin and Jahmar Hamilton conceding 27 runs in his four-over spell. Despite Rashid’s brilliant allround performance, Mitchell Santner bagged the Player of the match as he conceded 18 runs in his spell and picked up two wickets.

“Credit has to go to the way they bowled upfront. We probably went a bit too hard but scrapped well to get to 150. I thought the score was competitive and if you bowled into the wicket it was difficult to hit. It was tough, the ball was pretty wet but we bowled well collectively. Happy with the win and now we move on to the next game,” Santner said after the match. 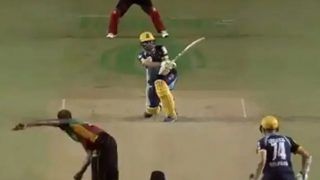