Anil Kumble's tenure as head coach will come to an end after ICC Champions Trophy 2017.

The names continue to pour in for the next head coach of Team India. Current coach Anil Kumble‘s term will end post ICC Champions Trophy 2017. Board of Control for Cricket in India (BCCI) have already announced names for the 46-year-old’s replacement and the latest entrant is Australia’s former bowling coach Craig McDermott who confirmed the news on Saturday. He will not have an easy road, as there are big names fighting it out including former Indian opener Virender Sehwag, Tom Moody, Lalchand Rajput, and Dooda Ganesh. CricketCountry will not cover India vs Pakistan match in ICC Champions Trophy 2017

According to Cricket Australia, “Yes, I have thrown my hat in the ring for India s head coaching job. I completed all the procedure on time, and the application was sent much earlier. I have had aspirations for a while to be a head coach.I was away from cricket coaching for a year, and now, I want to come back to it,” he said. I have also enjoyed my time in India, and it would be nice to serve Indian cricket. I have handled many situations before. And I believe, as a head coach, your job is no longer restricted to just cricket. Being a head coach is about managing the people and maintaining a good relation with the players and the captain.”

McDermott was a part of Australia’s ICC World Cup 2015 and Ashes winning squad in the run-up to the marquee event. His experience will come in handy especially when the side will be touring abroad. 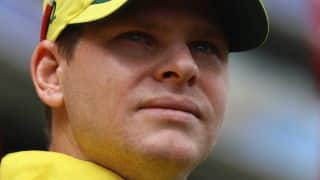