He shared an enterprising century stand with Sam Whiteman in which Simmons did bulk of the scoring. The 31-year old, smashed eight fours and eight sixes in his innings. He has had a chequered career in domestic cricket, having played only a few games. But this hundred would help him to come into the spotlight. 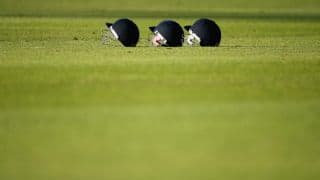