The development comes after the recent controversy involving veteran pacer Ashok Dinda abusing Ranadeb in December resulting in his ouster.

The Cricket Association of Bengal (CAB) has issued an ultimatum to its officials to follow the state constitution and is planning to introduce a Code of Conduct (CoC) for its players.

The directions have been given with regards to the conflict of interest issue.

Current Bengal bowling coach Ranadeb Bose also dabbles in commentary for Star which, as per the BCCI constitution comes under conflict of interest.

According to The Indian Express, CAB is also bringing in a code of conduct which will limit the number of players interacting with the media. As per the report only the captain, coach or performer of the day will be allowed to speak to reporters.

“We are introducing the Code of Conduct so as to help people understand how to deal with the situations better,” CAB secretary Avishek Dalmiya was quoted by the English daily as saying. “We don’t want any kind of incident that might even remotely affect the reputation of the association, because the CAB is one of the reputed organisations in the world. At the same time, we have explained to the players that we are fully with them and we haven’t singled out any individual. The association will ensure that every issue is taken care of.”

The development comes after the recent controversy involving veteran pacer Ashok Dinda abusing Ranadeb in December resulting in his ouster from the team. Dinda, apparently, was irked after spotting the bowling coach having a ‘private conversation’ with Bengal captain Abhimanyu Easwaran.

Reportedly, Dinda and Ranadeb’s differences extend back to the days when they played together. 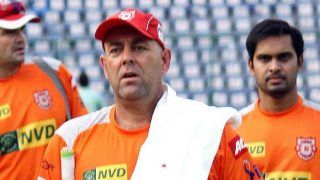 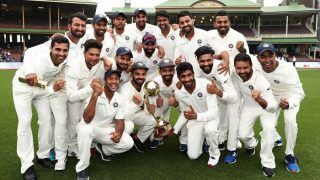