Cricket won't feature in the Olympics in the near future.

It is unlikely that cricket will feature in the Olympics anytime in the near future. The idea was rejected at the recent ICC Executive Board meeting in Melbourne as the Board of Control for Cricket in India (BCCI) and the England and Wales Cricket Board (ECB) opposed it. Mustafa Kamal, the ICC President said that they did not want to dilute cricket by sending less-stronger teams.

Jagmohan Dalmiya, the former ICC President, who represented BCCI at the recent Executive Board meeting, told Daily Mail, “”We have rejected it. We [BCCI] didn’t support the idea. We rejected it because there was a conflict,”

Kamal said that they did not want to dilute the game. He was quoted by Cricket365, “We have debated it a lot, whether we should go to Olympics. Football sends B, C or D teams to Olympics, so what will we gain by sending B, C or D team from cricket? We feel that our value will be diluted if we go there. Cricket has a legacy, it has importance.”

The last time cricket featured in such an event was in 2010 in the Guangzhou Asian Games. India did not send a team, whereas the other Test playing nations such as Bangladesh, Sri Lanka and Pakistan send teams that weren’t strong. “Cricket takes time. Something like a 100m run takes 9 seconds. I might need 11 seconds, so you tell me how you can send so many countries and play such a lengthy game in the Olympics?,” Kamal also said. 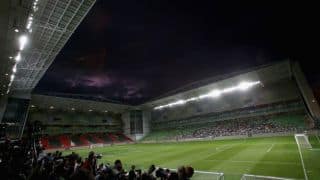