CA will test what impact a disinfectant has on the ball and will have to seek ICC's permission before employing the practice during matches. Cricket Australia is exploring the option to disinfect match balls to minimise the health risks once international cricket resumes amid the coronavirus pandemic.

Australian cricketers are expected to start training from next week with their respective states and will have to follow the strict guidelines. Reportedly they have been asked to not share their equipment as much as possible.

CA will test what impact a disinfectant has on the ball and will have to seek ICC’s permission before employing the practice during matches.

“Disinfecting the ball is a consideration,” CA’s Sports Science & Sports Medicine Manager Alex Kountouris was quoted as saying by cricket.com.au on Wednesday. “We don’t know the impact on the ball (yet) because we haven’t tested it. We’d obviously have to test it, we’d have to speak to the ICC and get permission, there’s a lot of things (to consider). And whether it’s effective or not. The ball being leather, it’s harder to disinfect because it’s got little nooks and crevices.”

This is just one of the many ideas CA is toying with to ensure players and match officials are provided with a secure environment during the ongoing health crisis.

One of the biggest challenges for the players will to break the habit they have inculcated growing up. Using own balls at training, maintaining personal hygiene, regularly sanitising equipment will become a norm.

“It’s going to be a tough habit to break,” Kountouris said. “Some people are used to licking their fingers before they grab the ball, they’re used to shining the ball. It’s going to be a steep learning curve and hopefully we’ve got some time to practice that sort of stuff.”

While there’s time for cricket to resume in Australia, Kountouris says they will be closely observing how things pan out in other countries with England hopeful of resuming cricket in the coming few months.

“From an Australian cricket perspective, other countries are probably going to play before us,” he said. “We’ve got a chance to work with the ICC and other countries to see what they come up with and how it works for them. We’ll obviously take whatever steps we need to do to make sure we lower the risk.” 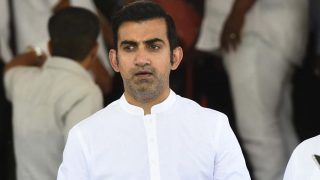 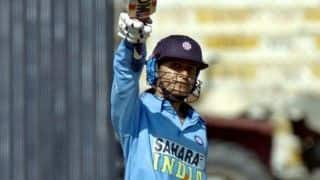