Cricket Australia (CA) is looking to attract Indian investors for the Twenty20 Big Bash League as it plans to generate around USD 50m from the sale of franchises. 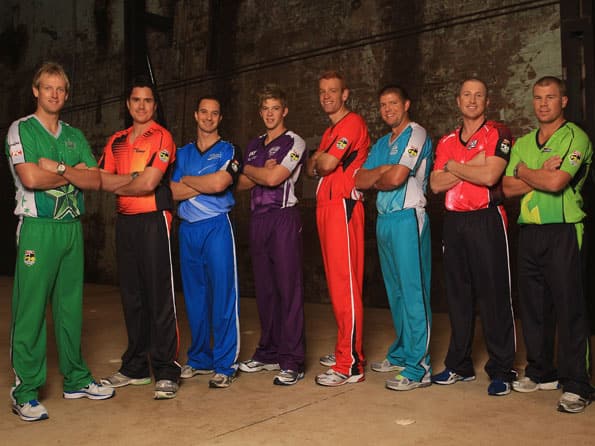 The first season of the revamped Australian domestic tournament Big Bash will start from December 16, 2011 and have eight teams participating in it Getty Images

Cricket Australia (CA) is looking to attract Indian investors for the Twenty20 Big Bash League as it plans to generate around USD 50m from the sale of franchises.

According to reports, Credit Suisse representatives working for CA are all set to take a roadshow to India next week to attract wealthy Indians, who may wish to own a stake in a Big Bash team.

If their foray to Indian shores remains successful, two franchises – one from Melbourne and one from Sydney – will find themselves immediately richer by USD 2 million while the relevant state associations and CA will share the rest of the windfall, The Australian reported.

Though, private investment in the eight city-based franchises was proposed during the formulation of the concept, the process got derailed until a recent decision to allow two of the sides to test the market and sell a minority shareholding.

Reports suggest that CA is hoping to generate around USD 50m from the sale of the two franchises.

Investors will have to pay the money up front. The teams will retain USD 2m of the sale price while the rest will be split equally between the state and CA after sales costs are taken out.

Cricket New South Wales (NSW) had earlier flew to India to meet a number of Indian companies and Victoria, too, had investors waiting.

However, those initial approaches came to nothing when Cricket Australia baulked at a privatised model and then offered investors very little in return under the original prospectus, the reports revealed.

The competition, meanwhile, unveiled its team colours, captains and research-driven image at a function in Redfern yesterday.

Dave Warner, who is set to lead the Thunder, said he looked forward to cross-town rivalry with many of his NSW teammates who will play for the Sixers based at the SCG. “It’s going to be interesting, obviously the city and western Sydney are going to have some rivalry for sure,” Warner was quoted as saying in ‘The Australian‘.

“But there will still be the rivalry toward the Victorian teams. There has always been a lot of banter between the two states and now that it is city-based, it is going to be a lot more interesting,” he said.

England take positives from Lord's into the second Test

Gambhir out, Sreesanth in as India bowl at Trent Bridge