Peever was slammed for his handling of a bitter 2017 pay dispute.

In a move that has raised quite a few eyebrows, Cricket Australia reappointed chairman David Peever on Thursday ahead of the cultural reviews on Monday due to the ball-tampering scandal in the Cape Town Test in March this year which engulfed Australian cricket.

According to a report in AFP on Thursday, Peever, who was slammed for his handling of a bitter 2017 pay dispute, is only among a few left in the organisation after the ball-tampering incident.

After the fiasco, coach Darren Lehmann called it quits, while Steve Smith, David Warner and Cameron Bancroft were handed suspensions.

Meanwhile, chief executive James Sutherland will be formally replaced on Thursday by Kevin Roberts, who was the key negotiator during last year’s pay talks. 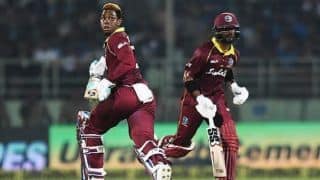