Cricket Australia (CA) has reportedly joined the four major football and rugby codes of the country in signing a letter agreeing to incorporate anti-homophobia policy in matches.

It was revealed that CA had refused to join the National Rugby League ( NRL), Australian Football League ( AFL), Australian Rugby Union (ARU) and the Football Federation Australia (FFA) in moving towards adopting the policy before the Bingham Cup – the world cup of gay rugby – to be held in Sydney in August.

However, the report mentioned that the Australian cricket officials did a dramatic volte-face and told internal stakeholders, including major sponsor the Commonwealth Bank , that it would now be a signatory to the letter. 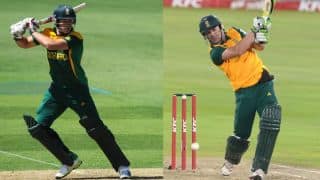