BCCI may not have much issues in giving up the hosting rights for T20 World Cup next year as for it the commercial stakes aren't as high as IPL.

Cricket Australia (CA) chairman Earl Eddings reportedly shot a letter to ICC’s Financial and Commercial Affairs Committee (F&CA) last week requesting that it should be granted rights to host the Men’s T20 World Cup in 2021 instead of 20222 citing financial interests.

The F&CA is headed by Pakistan Cricket Board (PCB) chairman Ehsan Mani and also includes Eddings among others. BCCI, however, isn’t part of the committee.

As per The Times of India, Eddings wrote “it would be detrimental for cricket if the cancellation of the “Australian event” (T20 World Cup) is replaced by award of the subsequent T20 World Cup in October/November 2022″.

“Australia has thankfully managed to ‘flatten the (Covid) curve’, meaning there is greater certainty of being able to play in Australia in 2021 (which is key to maintaining member distributions). This would give India another year to resolve any Covid-related problems,” he wrote.

CA says they had invested heavily in the women’s T20 WC earlier this year “to make it the success it was” and isn’t sure if it will continue to receive support from the government in light of the financial turmoil due to the coronavirus pandemic.

The English daily further quoted sources as saying that BCCI may not have much issues in giving up the hosting rights for T20 World Cup next year as for it the commercial stakes aren’t as high as IPL.

“Revenue from an ICC event is not really much compared to the stakes BCCI has in its T20 league and all other international cricket at home. So, if India really wants to do Australia a favour, why not?” the daily quoted sources as saying.

ICC is scheduled to hold a meeting on Thursday where it could formalise the decision to postpone this year’s T20 World Cup and thus open up the October window for hosting IPL. 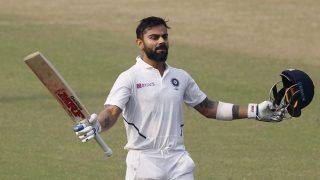