The Cricket Club of India (CCI), which changed its rules in the 1980s to let a then 14-year-old Sachin Tendulkar use its dressing room, honoured the senior batsman as part of its 75th anniversary celebrations at the Brabourne Stadium here. 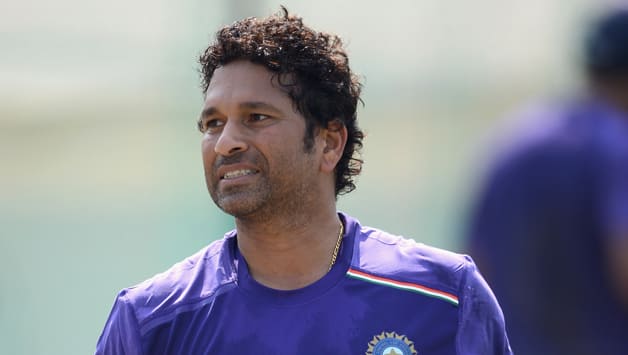 The Brabourne Stadium, which houses the Cricket Club of India (CCI) and celebrates its 75th anniversary this year, honoured Sachin Tendulkar on the occasion. The CCI had changed its rules in the 1980s to let an underage, 14-year-old Tendulkar use its dressing room.

Tendulkar, now 39, became nostalgic at a function here on Thursday as he recollected his memories of the facility that shaped his formative years in the game.

“It is a special occasion. Whenever I come to CCI, I feel special. Thank you for the love and affection, it really means a lot to me. I remember my association with CCI started, when I was playing school cricket. I played Harris Shield finals here. I was playing cricket at Shivaji Park,” Tendulkar said at the ceremony here.

“I happened to play against CCI, against (Madhav) Apte, and even Raj bhai (Raj Singh Dungarpur) was there and I got some runs against CCI. I was maybe 13 or 14. That is when the decision was taken to have me play at CCI. But under-18 were not allowed in dressing room and I was only 13 or 14,” he recalled.

“Thanks to Raj bhai and Apte for allowing me to be in the dressing room. From there on things started looking a bit different for me in cricket. I remember when we played Australia here and then Mumbai and we won convincingly, a fantastic moment for a Mumbaikar.

“The best moment was when we played IPL, just the energy of this ground, it is so positive. I thoroughly enjoyed that season. I have come across so many guys who have got not much to do with cricket but just to feel the club and feel the ambiance,” he added.

Tendulkar described CCI as a “positive and invigorating” facility.

“…I hope you continue to get better because you are the best. I want to thank CCI for this wonderful gesture,” he said at the event.”