Mike Coward, a renowned cricket commentator who was one of Peter Roebuck s contemporaries gave a speech at Roebuck s memorial on Thursday at the Sydney Cricket Ground. 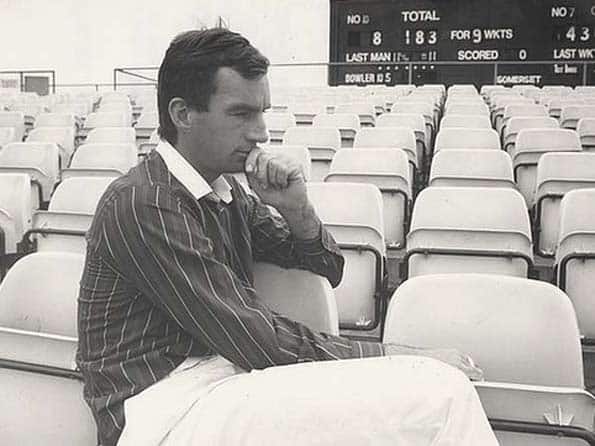 While remembering Peter Roebuck, Mike Coward felt the late cricket writer paid dearly for being unconventional and eccentric in a profoundly conservative game

Mike Coward, a renowned cricket commentator who was one of Peter Roebuck s contemporaries gave a speech at Roebuck s memorial on Thursday at the Sydney Cricket Ground.

My name is Mike Coward and I worked alongside Peter in the press boxes of the cricket world for the past 25 years. And as president of the Australian Cricket Media Association and a director of the LBW Trust, the charity inspired by Peter, I welcome you today.

This is not intended to be an elaborate occasion or an event. Those of you who knew Peter well know how he hated events – the evaborate, the superficial.

All of us are here because we want to remember the Peter we knew and thank him for his time among us and for a remarkable body of work.

In all probability each of us knew a different Roeby, or Roebers, or Rupert.

Ralph Emerson, the 19th century American poet, essayist and notable student of philosophy and divinity, famously observed that: “One has as many personalities as they have friends.” In Peter’s case this was undeniably so.

At the same time it must be said that when talking friendship with Peter, the term needs some qualification. In essence, most of us were associates or allies rather than friends in the purer sense.

Of observations to this end in the many written tributes to him, there was none more telling than from Peter English, a writer and teacher who once lived in a Roebuck household.

He wrote: “Roeby didn’t do friendship. But he was a cherished friend of mine.”

Many here this afternoon will identify strongly with this insight.

Such was the suddenness of Peter’s death we needed to come together to share with honesty our memories and stories.

While such openness was anathema to Peter, for us it might help to ease the hurt. Perhaps by evening each of us will have a more complete picture of this complex and fascinating man.

And we do crave a more complete picture for we are deeply troubled by his death and the fact none of us could prevent it.

But he would hate us to be maudlin. As Jim Maxwell reminded me the other day, Roeby wouldn’t want any waffling sentimentality this afternoon.

We were together in India 10 years ago when Sir Donald Bradman died. Roeby thought the reaction to Bradman’s death was, shall we say, extravagant.

Roeby said: “Bradman was a great cricketer. That’s all he was … not Gandhi or some famous statesman.”

Roeby was a great cricket writer, that’s all he was … not Gandhi or some famous statesman.

He would want that said today so there is it. We have given him no excuse to snarl from above.

Remember the good times. I will remember quiet times away from cursed deadlines: of a stroll through the Botanic Gardens at Nuwara Eliya in the high tea country of Sri Lanka; of sharing a bottle of wine with him in the garden of his ‘straw hat’ farm high above a verdant valley dotted with baobab trees outside Pietermaritzburg in his beloved Africa; of playing cricket alongside him in a match that pitted writers against publishers; of hearing him welcome Indian students and their disenfranchised parents to the LBW fold.

He was happiest in the company of the young and ambitious who were prepared to listen and learn. A child of teachers he was himself an outstanding student and he believed fervently in the right of every man, woman and child to an education.

And while we have lost a friend and colleague we should remember that the young men and women he was guiding have effectively lost a parent, a guardian.

Tatenda Chadya, the current head of household at the ‘Sunrise’ house in Pietermaritzburg, said: “It’s not that he was like a father to us – there is no ‘like’, he was our father.”

So our thoughts today are with Tatenda, and Tendai, Prosper, Abraham, Justice, Darlington, Calvin, Given, Munya, Integrity, Pride and Miraculous and so many other of his charges, often bearing names that inspire and make you smile. Certainly they made Peter smile.

He was fiercely proud of the students he nurtured and, as with any parent, found forgiveness for any charge that let him down or lost their way.

When we repair to the bar you will have an opportunity to support Peter’s students when his battered and emblematic straw hat is passed around.

To this end it is wonderful news that, with the support of his mother and family, Peter’s superannuation fund will be able to meet the needs of Peter’s students for the next few months.

These have been desperately difficult weeks since Peter’s death.

I don’t need to dwell on Roeby’s brilliance as a writer and broadcaster. He will be read as long as the game is played.

It is troubling that we all have so many unanswered questions. This hurts. For those of us in the press and broadcasting boxes the hurt is acute.

Of course, these questions will remain unanswered. How can you explain the inexplicable?

Within the framework and conversation of cricket, politics and social justice, Peter was at ease, at peace, in his element.

Often, demonstrably so. He was a seductive, even charismatic, personality in many ways and he loved to hold court.

He drew people to him but at the same time constructed an unbreachable boundary.

My sense is that he paid dearly for being unconventional, eccentric, for being different. A profoundly conservative game and a judgmental community can be unforgiving.

He gave everything to the cricket community as a player, captain, coach, writer, broadcaster and champion of the game’s charities.

He was generous to a fault with his time and advice to those starting out, be it in the realm of cricket, education, journalism or social and political activism.

And when it came to his students in Africa and his sponsor children in Sri Lanka, he was generous with his money – to the tune of about $100,000 a year.

He was worldly, yet hopelessly unworldly. He loved people talking about him and his work but hated being the centre of attention. He was so certain and fearless in his writing and commentary yet so unsure and perhaps fearful away from the keyboard and microphone and his extended family in Africa.

He was never the same man after the trauma he lived through in England 10 years ago and it is important to know this.

If he had a confidant among his colleagues in the press and broadcasting boxes it was Jim Maxwell.

And it is now my pleasure to call upon Jim to reflect on the Peter he knew and the times they shared at and outside the world’s great cricket grounds.