Pandya shared an adorable picture of him holding the hand of his newborn, with the caption "We are blessed with our baby boy."

Hardik Pandya has become father to a baby boy, the India allrounder announced on his Instagram account on Thursday. Pandya and partner Natasa Stankovic got engaged earlier this year in January and by May end announced that the couple is expecting a baby.

Pandya shared an adorable picture of him holding the hand of his newborn, with the caption “We are blessed with our baby boy.”

We are blessed with our baby boy ??

The couple had been regularly sharing pictures on Instagram from their pregnancy photo shoot.

The 26-year-old Pandya had surprised everyone with the news of him getting engaged on the New Year’s Day as he shared a series of photographs and videos of him proposing to girlfriend Natasa.

On May 31st, Natasa posted a series of photographs announcing her pregnancy with one picture suggesting the duo got married during the lockdown.

Meanwhile, Pandya will next be seen in action on the field for Mumbai Indians when IPL gets underway from September 19 in the UAE.

The 26-year-old hasn’t played at the international level since September last year as he underwent a back surgery that required rehabilitation.

He was expected to make his India return on the tour of New Zealand after a four-month injury layoff. However, he failed a fitness test that delayed his return.

He finally made his mucn anticipated India return after being named in the squad for the limited-overs series against South Africa at home this year. However, after the series opening ODI in Dharamsala was abandoned without a ball bowled due to rain and eventually the entire tour was cancelled due to the coronavirus pandemic. 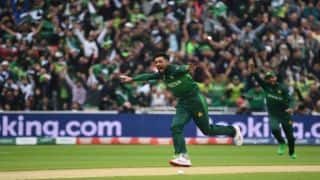