West Indies legend Michael Holding believes cricket needs a figure like Nelson Mandela, who can bring about a change in the current cricketing scenario. 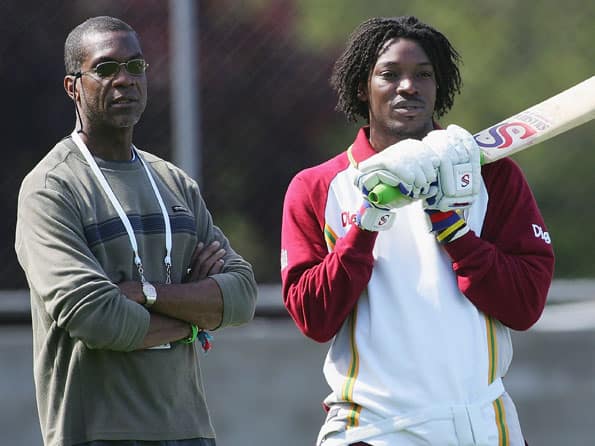 Michael Holding (L) believes that youngsters giving preference to T20 over Test cricket and having differences with cricket board is not a good sign. Chris Gayle (R) had differences with West Indies Cricket Board Getty Images

West Indies legend Michael Holding believes cricket needs a figure like Nelson Mandela, who can bring about a change in the current cricketing scenario.

“Money corrupts; money spoils. We need people like Nelson Mandela in cricket. Do you know what Mandela (Madiba) did when he came to power? He forgave the whites. He united the country. He could have chosen to hate the people of the Apartheid regime, but we know what he did.”

Holding feels the Kerry Packer s World Series is totally different from Twenty20 cricket and young cricketers today can give up Test cricket for cash-rich leagues like IPL and Big Bash.

“It s totally different. Nowadays, youngsters are happy playing Twenty20 cricket. Look at the number of players who have given up Test cricket. Lasith Malinga is a big name. Chris Gayle had so many issues with his board. And Kevin Pietersen. These are not good signs.”

“How on earth do you create windows for the IPL, the Big Bash League, the Bangladesh Premier League and the Sri Lanka Premier League or any other Twenty20 league that will mushroom in the years to come,” Holding exclaimed.

On being asked about Sachin Tendulkar s present performances, Holding said, “I am busy covering cricket in England. In fact, I have had to do commentary for about 61 days this season. I haven t watched a single ball of the India-New Zealand series. I have been reading reports that he is struggling. I sincerely hope he chooses the right moment to call it a day. And I hope people say ‘Oh what a pity! and not ‘Finally whenever he chooses to go.”

The legendary pacer states that the racist Australian crowd, during his time, were not civilised.

While making reference to the West Indies cricketers who spoke about racist remarks by different crowds, Holding said, “They said a lot of mean things and most of them are not printable. But we chose to ignore them. Look, the people who abused us were obviously not civilised. Majority of the crowds appreciated our cricket.”

Holding, initially didn t take Stevan Riley, director of Fire in Babylon, seriously and was surprised by his decision to make a documentary of West Indies cricketers of 1980s and 90s.

“I did not take Stevan too seriously when we met at Sabina Park (Kingston, Jamaica) a few years back. He told me about his plans, but I wasn t too convinced.

And that s why I wasn t too interested first up. But our subsequent meetings bore fruit.”

On being asked whether the West Indian pacers bowled fast when Tony Grieg came to bat, was famous for his ‘grovel comment, Holding replied, “Oh yes, we did. The wicketkeeper and slip cordon stood further behind as soon as he walked in. And the pacers used to increase their run-ups. It didn t matter if I was bowling my first or 40th over.”

“When Tony came in, I somehow found extra energy. But it s been so many years and I think he never meant what he said. In fact, everyone perceived his comments differently. Perhaps, his South African background prompted us to take his comments that way. He s a great friend now.”

Holding remembers Clive Lloyd as a father figure and a great manager.

“Clive was a great man manager. He pretty much allowed us to do our thing. But you must understand that he had a bunch of bowlers who could not just bowl fast, but also think, fight and perform. To me, Clive was a father figure. I treated him like I would treat my dad with utmost respect. He had an imposing physique, but I don t remember him losing his cool. He was a gentle giant (laughs).”

The West Indies team didn t lose a single match between February 1980 and March 1995 and Holding says there were able to achieve such a feat because of the team they had.

According to Holding, Clive Lloyd was a quiet man and Viv Richards ‘wore his heat on his shoulder .

“I played 10 years of my cricket under Clive and only two under Viv. And believe me, they were extremely different individuals and captains. Clive, like I said, was a quiet man while Viv wore his heart on his shoulder. Both of them worked towards a common goal winning. We were like any other team. We had conflicts under Clive, and also under Viv. Personality clashes were common. It was not a bed of roses. Once we were on the field, we played to win.”

Desmond Haynes and Gordon Greenidge are remembered as one of the greatest opening pairs of all time. However, Holding remembers the duo never talking to each other off the field.

“Dessy and Gordon scored so many runs together, but you d never see them hanging out after the day s play. They had their own circle of friends. I never saw them even talking to each other off the field. Point is that when they batted together, they were unstoppable. That s what team work is all about.”

Cameron White confident of Australia rising back in T20 rankings