Cricket's world players union has told its members to avoid the new Twenty20 Super League in Pakistan, due to start in March, on security grounds. 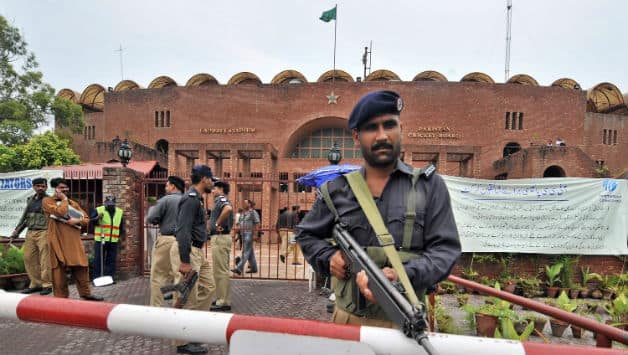 Cricket’s world players union has told its members to avoid the new Twenty20 Super League in Pakistan, due to start in March, on security grounds.

Tim May, chief executive of the Federation of International Cricketers Associations (FICA), told the BBC on Tuesday: “I think you’ll find the majority of current international cricketers will heed our advice.”

The former Australia off-spinner added: “The security consultants came back and said that the risk of touring Pakistan in a cricketing sense is unmanageable.

“I haven’t spoken directly to any players but the feedback we are getting from player associations throughout the world is that players are very appreciative and understanding of the advice.

“We can’t force the players not to go but I think you’ll find the majority, if not all, of current international cricketers will heed that advice and, unfortunately for Pakistan, not participate in this event this year.”

No major international cricket has been played in Pakistan since an attack on the Sri Lanka team bus by armed militants in Lahore in March 2009 left eight people dead and seven visiting players wounded.

But Pakistan captain Misbah-ul-Haq, speaking in Johannesburg on Tuesday ahead of a three-Test series with South Africa, said it was time for international cricket to resume in his homeland.

“Pakistan is such a big cricketing nation and the world has to think about bringing international cricket back to the country,” he said.

And team manager Naveed Akram Cheema supported Misbah by insisting the security situation in Pakistan was much safer than the outside world realised.

“There is a difference between perception and reality. Other teams do not come to Pakistan on the pretext of security concerns, but it is as safe as any other country in the world,” Cheema said.

Since the Lahore attack, Pakistan have been forced to play home matches abroad at neutral venues, mainly in the United Arab Emirates cities of Dubai and Abu Dhabi.

“The announcement of the Twenty20 competition where foreign players will be entitled to come is an initiative on the right path, because what you’ve got to do is regain the confidence of the cricketing world,” said ICC chief executive David Richardson.

However, the former South Africa wicketkeeper insisted it was beyond the global governing body’s power to order a resumption of international cricket in Pakistan, even though it was something they wanted to see.

“It’s our role to support Pakistan in its efforts to make sure that international cricket returns to the country,” he said.

“But it’s difficult to say exactly when…ICC is not in a position to do (security assessments) when it comes to teams touring and countries make their own decisions.