Rashid is set to play for the Lahore Qalandars in Pakistan Super League, which resumes on June 9.

Afghanistan’s leading spinner Rashid Khan wants to focus on his performance as a player which he feels will be more crucial for the team keeping in mind the upcoming ICC T20 World Cup 2021. Keeping in mind the team’s interest – Rashid has declined to captain the T20 side fearing it might affect his own performance. Afghanistan have been changing captains frequently and earlier this week named Hashmatullah Shahidi as their Test and ODI skipper.

However, the Afghanistan Cricket Board is yet to name the T20 captain. “I am very much clear in my mind that I am better off as a player. I am good in the role as vice-captain and help the captain wherever I am needed. It’s better for me that I stay away from this position,” Rashid was quoted by ‘ESPNcricinfo’.

“I want to do well for the team as a player and my performance is a bit more crucial for the team rather than me thinking about different things being a captain.”

With the T20 World Cup around the corner, the 22-year-old Rashid feels he is better off focussing on what he does best.

“Also, it takes time, and right now the most important thing is the World Cup which is quite near and I feel it is too much for me to have.

“I am afraid it might affect my performance for the team which is a key so I am very happy as a player and whatever the decision board and selection committee make I am fully behind it and will appreciate it.

“If you have a year or two, you manage yourself and understand things only then it’s easier to deal with the role.

“I was the captain once and they [board] know my mindset and which is why they kept the spot empty looking for someone else while I stay as a vice-captain,” said one of the best spinners in limited-overs cricket.

Rashid, who plays for Sunrisers Hyderabad in the Indian Premier League, is set to turn out for Lahore Qalandars in the Pakistan Super League. 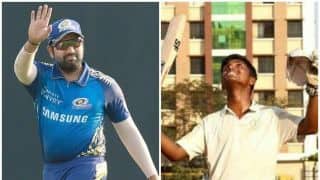 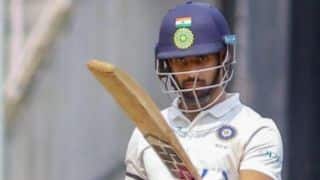