Richard Kettleborough, also a member of the elite panel, will be the TV umpire, and Alex Wharf of the ICC Panel of Umpires will be the fourth official.

England’s Richard Illingworth and Michael Gough will be the on-field umpires for the World Test Championship final between India and New Zealand, starting June 18 at the Ageas Bowl in Southampton. ICC Elite Panel match referee and former England opener Chris Broad will be the match referee for the marquee game.

Richard Kettleborough, also a member of the elite panel, will be the TV umpire, and Alex Wharf of the Emirates ICC International Panel of Umpires the fourth official, the ICC said in a statement.

In a statement by ICC Senior Manager – Umpires and Referees – Adrian Griffith said wished the officials all the best and said that the sport is lucky to have such top officials amid a raging pandemic.

Griffith said: “We are pleased to announce an experienced team of match officials for the final of the World Test Championship.”

“It has not been an easy time with the pandemic, but we are fortunate to have a group of officials at the top of their field who have been consistent over the years in this momentous fixture. We wish them all the very best,” he concluded.

New Zealand are currently involved in a two-match Test series against England. The teams played out a draw at Lord’s and will lock horns again from June 10 at Edgbaston.

On the other hand, India have already at the venue as they landed on June 3. After completing their 5-day quarantine, India have been permitted to begin training. 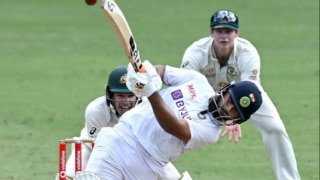