Let’s hope this is the first of many Cricket Scotland charity Cricket-a-thons.

Cricket Scotland raised an amount of 1000 pound through charity event, named ‘Cricket-a-thon’. It was a nation-wide charity event by Cricket Scotland. The event took place in August this year and did encourage a wide number of people to play for the charity. The event was held during the weekends all over the country along with cricketers and fans donating through batting and bowling. Many of the people from various ages took part at a number of locations including cricketers from Scotland’s National Men and Women’s team. The notable locations were:

“Ali Evans and I attended the Meadows event, sharing tips with young players and collecting donations from a very generous crowd – it was a fantastic day with a brilliant atmosphere, and all for an excellent cause. It was a pleasure to be involved with Cricket-a-thon.” said Scotland team captain, Preston Mommsen.

Kari Carswell, manager of the Women and Girls team said, “A number of the women’s and girl’s teams were out in force at the Perth event, helping to raise money at what was a busy and brilliant event. We’re thrilled to have been part of the Cricket-a-thon and we know that every pound will help towards making a difference to children affected by poverty in Scotland.”

“To have raised over £1000 in our first charity, Cricket-a-thon is a fantastic achievement and I’m grateful to everyone who took part. It was fantastic to see so many people of all ages out playing cricket all across the country for such a worthwhile cause. Let’s hope this is the first of many Cricket Scotland charity Cricket-a-thons.” added the CEO of Cricket Scotland, Roddy Smith. 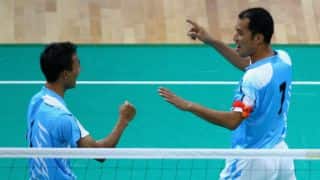