Indicating that all is not well as far as allegations of impropriety related to IPL bonuses paid to its chief executive, Gerald Majola, are concerned, Cricket South Africa condemned its president, Mtutuzeli Nyoka's conduct. 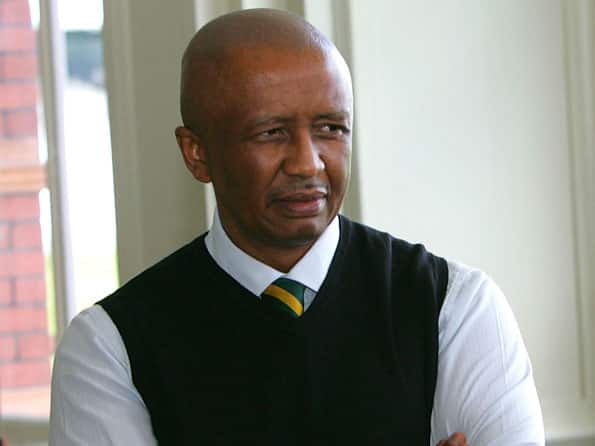 Indicating that all is not well as far as allegations of impropriety related to IPL bonuses paid to its chief executive, Gerald Majola, are concerned, Cricket South Africa condemned its president, Mtutuzeli Nyoka’s conduct.

The board condemned the behaviour of Nyoka who made serious allegations against CSA before leaving the board meeting yesterday, shortly after its start.

“He refused to take any questions from board members in spite of being requested to do so,” a CSA statement said.

Nyoka has been in dispute with CSA, and especially Majola, ever since he first called for an independent inquiry into substantial bonuses paid to Majola and other CSA staff for hosting IPL II in South Africa three years ago without them informing the CSA board.

Nyoka was subsequently ousted from his position in absentia and Majola cleared with a rap on the knuckles after an internal hearing.

Nyoka took the matter to the high court, which ordered his reinstatement as president, after which he initiated an external inquiry by auditors KPMG.

CSA refused to release the full KPMG report, which according to leaked reports, fingered Majola as being in contravention of the Companies Act.

Subsequent inquiries revealed that Majola was given back the IPL bonus which he had repaid when the investigations started.

Despite the CSA declaring that the matter was now closed, Nyoka has insisted on seeing the final report and the recommendations made by an advocate to the board regarding the findings, but he has allegedly been denied access to it.

CSA has however denied this in its statement: “Common courtesy dictates that all members undertake to inform the CEO of their intention to request an appointment to make available any document that such members so seek.

“During the past two weeks Dr. Nyoka has not attempted to make an appointment with the CEO and his only contact with CSA has been a casual visit on Wednesday, September 7, when due to an administrative oversight, circumstances prevented his viewing of the document from taking place.

“Dr. Nyoka has also refused to use any of the dispute resolution mechanisms available to him in terms of CSA’s Articles.

Consequently, the unanimous decision of the Board taken at the meeting of August 19/20 was deemed to be valid.

Amid reports that Nyoka may initiate further legal action, and that Sports Minister Fikile Mbalula was also considering further intervention, the statement said that CSA had decided to defend all legal actions instituted by Nyoka or any other authority.

Nasser Hussain's comments should not be taken at face value: Shah Rukh