Sachin Tendulkar wants to contribute to all sports

Sachin Tendulkar wants to contribute to all sports

Cricketer Sachin Tendulkar on Monday took oath as a Rajya Sabha member and said he was now in a better position not only to help cricket but other sports as well. 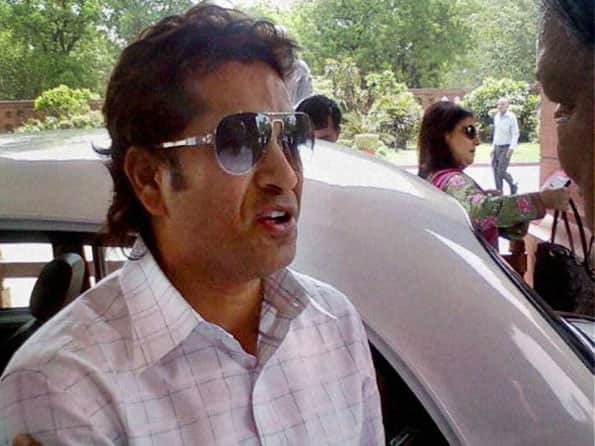 Cricketer Sachin Tendulkar on Monday took oath as a Rajya Sabha member and said he was now in a better position not only to help cricket but other sports as well.

Nominated to the Rajya Sabha April 27, Sachin took oath in the chamber of Rajya Sabha Chairman Hamid Ansari. He took his oath in Hindi.

“It is a great honour to be nominated a Rajya Sabha member and I thank all for showing faith in me and bestowing this honour,” Sachin told reporters later.

“I believe in the last 22 years of international cricket I have played, cricket has given me so many things in life…

“I always have this dream of giving back to cricket… I strongly believe whatever I am today is because of cricket,” he said.

Sachin said as a Rajya Sabha member, he would be in a better position not only to help cricket but other sports.

“I believe there might be a few obstacles and challenges, and I need help from my fellow parliamentarians, the administrators, media and our countrymen. I think together we can make lot of changes,” he said.

“I will be happy if I am remembered as someone who contributed to all sports rather than just to cricket statistics. That will be fantastic,” he said.

Will he get enough time to devote to parliament?

Sachin replied: “I am a nominee, and I did not go to anyone saying I want to become a Rajya Sabha member. It is an honour which I accept with full respect.

“I am here because of my cricketing career and I cannot take any focus away from cricket because that is where it all started for me.

“My focus will be on cricket. As and when there is time in between, I will look at other things and see how I can help and bringing whatever changes not (just) in cricket but other sports (too),” he added.

His wife Anjali was on his side as he took the oath.