A complete revamp of the brittle Indian middle-order is expected with stop-gap solutions like Dinesh Karthik and Kedar Jadhav gone for good.

A complete revamp of the brittle Indian middle-order is expected with stop-gap solutions like Dinesh Karthik and Kedar Jadhav gone for good in the upcoming squads as focus will firmly shift from ODIs to the shortest format, keeping next year’s World T20 in mind.

The policy from the time when MS Dhoni took over as captain has been to prepare teams at least two years in advance for ODIs and may be around 18 months for T20s.

India’s next big limited-overs assignment will be the World T20 in Australia next year and it will be happening after a gap of four years. The selection committee, led by MSK Prasad, will be in charge till the BCCI elections are held but it is expected that it will handle the transition phase with focus for the next 14 months being more on the shortest format.

A fragile middle-order with over-the-hill players like Jadhav and Karthik, completely ill-equipped to handle pressure situations outside the sub-continental conditions, has been the current team’s biggest weakness and the World Cup semi-final result was a disaster waiting to happen.

It was only human that the troika of Rohit Sharma, Virat Kohli and KL Rahul would have an off day in unison and too bad, that it happened on a knock-out day.

The Indian ODI team’s nucleus was formed just after their defeat in the 2017 Champions Trophy final to Pakistan with two wrist spinners being match winners as the core philosophy of coach Ravi Shastri and Kohli.

It gave India tremendous success in bilateral series even though Kuldeep Yadav and Yuzvendra Chahal didn’t exactly set the World Cup on fire with their performances.

It was not that World Cup was the only event when India didn’t have a Plan B. They have not had a Plan B in place for two years. It didn’t matter till Kohli and Rohit would notch up one hundred after other.

Dhoni’s waning abilities at the death could be papered over despite the absence of a solid middle-order due to Hardik Pandya’s consistent at No.7 final assaults.

Players like Manish Pandey and Shreyas Iyer were dumped from the World Cup scheme of things without being given a proper run which could have boosted their confidence.

Young Shubman Gill, touted as one of the biggest batting hopes of the next decade and half, was given a game in New Zealand and set aside.

However, the world cup has been a lesson that players like Karthik or Jadhav may have an odd Nidahas night or a rampaging evening in Pune but that would be more of an exception than the rule.

Karthik of 2019 didn’t have the game for English conditions and was persisted with on the basis of his wicket-keeping skills while Jadhav, despite lack of explosive power-hitting abilities at the death, was heavily invested upon even after factoring in his dodgy hamstrings.

For Dhoni’s game to succeed, one needs players like Jadeja and Pandya at the other end, who are much more than “bits and pieces”. But the team management certainly got it wrong as they tried to make specialists out of real “bits and pieces” players such as Kedar and Karthik.

It didn’t help that the five-member selection committee, with a cumulative experience of less than 20 Tests, couldn’t always assert what it would have ideally wanted as it’s the captain who needs to be comfortable with the selected players.

However, with the World T20 approaching and Kohli making it clear that some introspection will be done, significant revamp is expected even though the nucleus is expected to be intact.

Another core set of 20 players are set to be identified so that they can feature in both 50 and 20-over tournaments during the next year or so and the likes of Karthik and Kedar are unlikely to feature in larger scheme of things.

If one takes the bigger picture into account, Kohli, Rohit, Rahul, Hardik, Bumrah, Rishabh Pant, Kuldeep and Bhuvneshwar Kumar will form the core of the shorter formats during the next few years. Chahal and Mohammed Shami 2.0 are very much around.

However, Pandey, Iyer and Gill are three players, who would need an extended run going into Australia next year. Not to forget Prithvi Shaw and Mayank Agarwal, both of whom are considered to be aggressive players.

Some of the other players who would also come into the scheme of things include pacers Navdeep Saini, Khaleel Ahmed and Deepak Chahar, legspinners Rahul Chahar and Mayank Markande, all-rounder Krunal Pandya, and keeper-batsman Sanju Samson.

India A coach Rahul Dravid still rates Samson very highly despite his modest returns in domestic tournaments. Samson could keep Pant on toes in the shorter formats even though his keeping skills are also not above board. 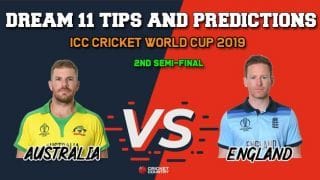