Clive Lloyd reflects on how West Indies have fared so far and what changes they need to do to put their campaign back on track.

If the West Indies want to win this World Cup then now is the time for them to come out fighting and show what they are made of. Defeats and bad days are always going to happen in a tournament like this, and now we just have to hope that the West Indies have got all of theirs out of the way.

I still think they have got the firepower in both their batting and bowling to go all the way but the pressure is building.

They need to win nearly every group game from here on in if they are to have a chance of making the semi-finals. Eleven points will probably be enough to get a Team into the top four, and considering they still have the likes of New Zealand and India to play, it is now or never.

The defeat to England will have disappointed them because that was a huge game. They picked a bad time to have their worst batting display of the tournament so far.

Once you have got past the best of the England bowling attack, you really shouldn t be giving your wickets away to a part-timer like Joe Root. He is someone you should be looking to milk all day long. The two youngsters Shimron Hetmyer and Nicholas Pooran had to try and rebuild the innings and gave it a pretty good effort. Pooran in particular has really impressed me so far this tournament, but we shouldn t be asking two young guys to do it all.

The rest of the batsmen left them high and dry, and there was ample opportunity there on a Southampton pitch that didn t have too much devil in it. There is a lot of power in that batting line-up but maybe we are missing someone who can stick around. In my day we had Larry Gomes who could play that role.

Maybe they missed a trick by not choosing someone in the squad with the all-round skills who can play the role like Moeen Ali plays for England and filling that extra batting place which West Indies sorely needs. Royston Chase would fill that role for West Indies because he can also offer a bit of spin as well and can anchor an innings with the bat.

The bowlers need to have a bit of a re-think as well.

They can t go into every game thinking they are just going to blast teams out like they did Pakistan. They need to be able to read the conditions, adapt to their opponents and the pitches put in front of them. It s all very well bowling short all the time, but the key to short bowling is the line as well as the length you need to be asking questions of the batsmen and yesterday they weren t able to do that.

But all is not lost just yet. Jason Holder has got to try and rally the troops and get them back on track. They started well in this tournament and are still in there fighting. Bangladesh are up next on Monday and they are no pushovers they beat the West Indies twice in a Tri-Series very recently, have beaten South Africa in this tournament already and made a very good fist of chasing down a huge total against England.

It s a must-win clash for both sides Bangladesh will be feeling very good about their game and it s up to the West Indies to stand up and be counted. 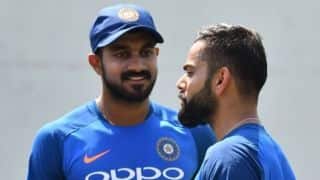 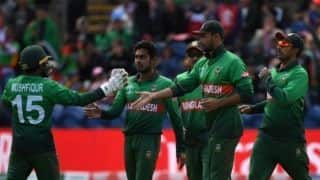