Yuvraj turned back the clock as he smoked four sixes in an over during the first semifinal clash of the Road Safety World Series T20 against West Indies legends.

Former India all-rounder Yuvraj Singh turned on the ‘beast mode’ once again in the ongoing Road Safety World Series as he smoked four sixes in an over during the India Legends vs West Indies Legends semifinal match on Wednesday. In the first semifinal, Yuvraj played a blinder of a knock as he hammered 49* off just 20 balls that included six gigantic maximums and one boundary. He scored his runs at a mind-boggling strike-rate of 245.

The 39-year-old Yuvraj, who holds the record for hitting England Stuart Broad for six sixes in an over during 2007 T20 World Cup, powered India to a mammoth total of 218/3 in 20 overs. After starting off a bit cautiously, the ‘Sixer King’ Yuvraj came down heavily against West Indies spinner – Mahendra Nagamootoo. In the 19th over, Yuvraj slammed three maximums of Nagamootoo’s first three deliveries. After missing out on the fourth delivery which was a wide yorker, the burly all-rounder put the fifth delivery into the stands once more time. The over reading 6, 6, 6, 0, 6, 0.

Earlier, West Indies captain Brian Lara had won the toss in Semifinal 1 of Road Safety World Series T20 and decided to bowl first. India Legends captain Sachin Tendulkar scored a 36-ball half-century and knitted a solid 56-rum opening stand with Virender Sehwag. Both the players made full use of the Powerplay and sent West Indies bowlers on a leather hunt. Tendulkar scored 65 off 42 deliveries that included six boundaries and three sixes. While Sehwag smashed 35 in just 17 balls at a strike-rate of close to 207.

Tendulkar accelerated after his opening partner’s departure. Sachin stitched a half-century stand with Mohammed Kaif. Later, India all-rounder Yusuf Pathan also chipped in with a vital 20-ball 37 to complement Yuvraj in the middle.

Interestingly, this was the second time in the tournament when Yuvraj went on a six-hitting spree. Last week, he hit South Africa’s medium pacer, Zander de Bruyn, for four sixes in a row in the 18th over of the India innings and eventually finished his innings on 52 off just 22 balls, slamming six sixes and two fours. 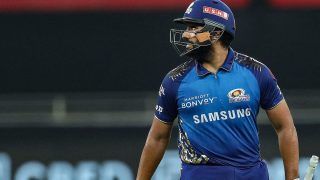 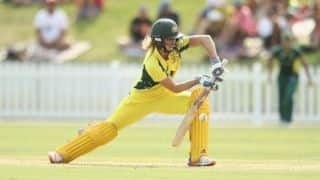