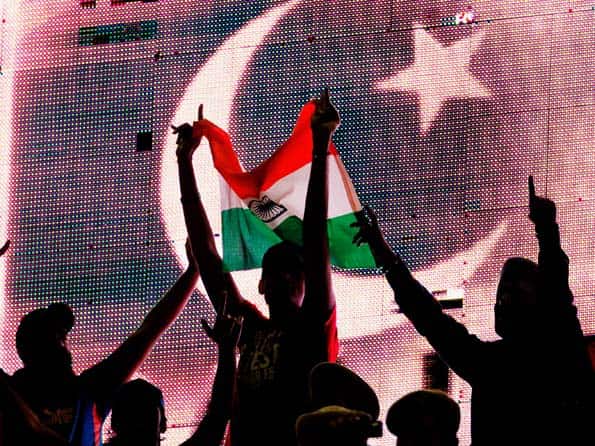 “Pakistan pushes for cricket ties with every country, especially with India,” Khar told reporters while watching the third and final Twenty20 between Pakistan and England at Abu Dhabi on Monday.

“I remember that prime minister Manmohan Singh said that it (cricket) is a great way to go and if both the governments feel it s a great way then we should go that way.”

Khar said the Pakistan Cricket Board (PCB) was also endeavouring to revive the ties.

“PCB chairman has written letters to the Indian Board and when I was in India (last year) I noticed a great deal of keenness on the part of India and the International Cricket Council (ICC) to revive this brand of cricket,” said Khar.

“Let me clearly articulate that the Pakistani government not only supports but also pushes that international cricket should be played among all countries.”

India stalled all bi-lateral cricketing ties with Pakistan following terrorists attacks on their commercial hub Mumbai in November 2008 which New Delhi blamed on militants based across the border.

Despite both countries slated to play in 2012 under the ICC Future Tours Programme, India s hectic schedule has been the main hurdle in the revival of the ties.

Pakistan last toured India in 2007, while India featured in the Asia Cup held on their neighbour s grounds in 2008.

“Our prime minister has always talked about the resumption and India is also very enthusiastic. The only problem is scheduling and that is why there have been problems but cricket plays a huge role in bringing people of both the countries together so it should be played.”

“We have always believed in cricket diplomacy and there is a harmony in cultures of both the countries. We both are good at cricket and people on both sides love the game. People in Pakistan are bound by cricket and we need that unity at the moment.”

Khar said the security situation in Pakistan was conducive to hosting international cricket.

“I don t think there is as much of a security risk as is perceived. Polo international players come to Pakistan and they go unnoticed and that is why they can afford to come.”

International cricket has been suspended in Pakistan since terrorists attacks on the Sri Lankan team bus in Lahore three years ago.

Khar said her government was ready to provide top-level security to international teams.

“The high profile of cricket obviously makes the difference, for cricket we can provide the type of security that is required,” said Khar, whose government has promised to put high-level security in place for the Bangladesh team tour.

Pakistan has invited Bangladesh for a three-match one-day series in April.

“We have always maintained that cultural outreach is needed. The way Pakistanis are portrayed is not correct so we need to cultural heritage and that is the best way to reach the people and create a good impression,” said Khar. (AFP)