Catch all the live updates between Croatia and Portugal of Euro 2016 here.

Hello and Welcome to the live football coverage of the Euro 2016 encounter between Group D team Croatia and Group F team Portugal. Croatia are at the top of their table while Portugal have lot of games to save themselves in this tournament . Things have been going extraordinarily well for Croatia. Despite all the doubt back home and the continuous threat of anti-federation fans who interrupted the game against the Czech Republic, the team is playing its best football in years — and arguably the best of any team at the tournament so far. The won a very difficult group, beating reigning champions Spain in the process. Suddenly even the title doesn’t look like an impossible mission anymore for the perennial dark horses, but they are facing a very difficult Portugal challenge.

CRO 0-1 POR, 125 mins + 2 mins: A free kick chance for Croatia and they miss it as the keeper heads it back on time. That’s it end of the game and Portugal now head to the quarter-final. The audiences wait was worth it after all.

CRO 0-1 POR, 125 mins: And finally some respite, Portugal get a GOAL!!! Crazy, crazy stuff. Croatia hit the post with a header, lose the ball and Portugal break. It looks like the chance might have gone but Nani’s misplaced shot gets through to Ronaldo at the back post. His shot is brilliantly saved but it rebounds out for Quaresma to finish from a few yards out. Surely that’s the winner. What a finish we have on our hands now. Two minutes have been added on.

CRO 0-0 POR, 120 mins: There is a chance again, Rui Patricio comes to claim a corner, doesn’t get anywhere near it and Vida has an open goal to aim at with his header. But he doesn’t hit the target. What a let-off for Portugal. Perisic almost fashions enough space to get a shot off in the box, but it’s blocked.

CRO 0-0 POR, 115 mins: As dour as this game has been, Ante Cacic must be delighted with the way his side have kept Ronaldo quiet. Final change for Portugal as Danilo replaces Adrien Silva. Croatia preparing a substitution too. Interestingly, it’s Rakitic who is off, replaced by Pjaca.

CRO 0-0 POR, 110 mins: Corluka is continuing for now, but Croatia seem to be preparing a change. Just one minute added on, in which nothing of note happens. And that’s half-time of extra-time. Corluka got some treatment during the short break and he is going to continue.

CRO 0-0 POR, 105 mins: Still not a single shot on target as Brozovic slices wide from distance. Yet another corner for Portugal. Can they come up with a goal this time? Corluka requiring some treatment. The referee calls for the stretcher to come on but Corluka gets up and manages to wander off.

CRO 0-0 POR, 100 mins: Sloppy defending from Fonte as he clears into the feet of Kalinic, giving the striker a chance to shoot. No signs that this game is going to suddenly burst into life. Renato Sanches has been bright for Portugal since he has come on, but only in flashes.

CRO 0-0 POR, 95 mins: Croatia still have a couple of changes up their sleeve while Portugal just have one. Kovacic and Kramaric among the Croatian subs. Cheeky header from Perisic as he tries to lob Rui Patricio from the edge of the box.

CRO 0-0 POR, 90 mins+ 3 mins: Kalinic catches Pepe inside the Croatia half and perhaps Portugal will have a last chance to launch the ball. Renato Sanches clips the ball towards the box but it’s headed away. Looks like extra time is on cards. Let’s see where this heads to now. Like the first half, the second provided very few moments of goalmouth action and neither keeper has had anything to do at all.

CRO 0-0 POR, 90 mins: Here is the substitution for Portugal and it’s Joao Mario who makes way for Ricardo Quaresma. Let’s hope some action comes up now in these last few minutes or else the crowd who were singing so far might just give up and end up disappointed. Finally Croatia make their first switch with Mandzukic replaced by former Blackburn man Kalinic. And that approaches end of time with three minutes added.

CRO 0-0 POR, 85 mins: Got to give credit to the fans, they haven’t stopped singing in the second half despite the lack of action. Lot excitement within them for the match. Lovely build-up play from Portugal but then the ball across the edge of the box to Renato Sanches is misplaced

CRO 0-0 POR, 80 mins: The yellow card is brandished to Carvalho as he brings down Brozovic. Around 10 minutes to go, are we going to get a winner in normal time? Honestly it seems highly unlikely.

CRO 0-0 POR, 60 mins: Could do with a moment of inspiration to spark this game into life. Modric tries his luck from distance but his left-footed effort flies way over the bar. Chances of shot, Substitute Renato Sanches gets involved, passing and moving and then getting a return pass on the edge of the box.

CRO 0-0 POR, 55 mins: Yet another chance this time, perfect move of the match, by a mile. Perisic with a flick down the left for Strinic, who puts in a good cross into the middle that’s headed behind. Yet again the game is pretty much in command of Croatia, while Portugal does not seem to find the right way to grab hold of the opportunity.

CRO 0-0 POR, 50 mins: Teams are back out and there no changes. Portugal get the game restarted. Ronaldo trying to get involved in the game with a lay-off to a team-mate but the return pass is cut out by Modric. Portugal are going to make an early change, with Renato Sanches ready to come on.

CRO 0-0 POR, 45 mins+ 1 min: And that’s half-time. No goals, very few chances and hardly anything to get excited about. Hopefully there should be much better game in the second half with some goals. Portugal looked little dismantled but will hope to get the right frame of mind soon.

CRO 0-0 POR, 45 mins: The pitch opens up for Croatia as Perisic slips it out for Strinic, running up the left side of the box in space. Chances of anything is on cards as there is lot of niggle in the first half. Good delivery from a free-kick from Rakitic, forcing Pepe to head over the bar. An extra minute has been added.

CRO 0-0 POR, 40 mins: Rakitic with a free-kick from the right wing. Vida meets it but can only flick it off target. Portugal then give away a free-kick in midfield. All sees very scattered for Portugal at the moment.

CRO 0-0 POR, 35 mins: An overhit and Croatia clear. Portugal probably looking the more threatening side when they do come forward. Pepe missed a good opportunity and that could have gone in the right direction if he had got the right target. Ole football from Portugal as Guerreiro and Joao Mario pull out a couple of tricks.

CRO 0-0 POR, 30 mins: Just seeing that header again from Pepe, it really was a very good opportunity. Croatia have certainly seen more of the ball in the opening half an hour but they haven’t really done anything with it. There is a possibility of goal here and he ball is played over the top for Perisic that goes for the near post, but few yards wide.

CRO 0-0 POR, 25 mins: Can Ronaldo provide the breakthrough for Portugal tonight? Haven’t seen him do anything special in Euro 2016 so far. So let’s hope the better one is in store now. Portugal receive their chance here with a free-kick. Can they, will they? Only time can tell. The header was poor and that does not provide any help to Portugal.

CRO 0-0 POR, 20 mins: A very cagey start to the game, especially from Portugal. They had the most shots of any team in the group stages. A better spell from Portugal as they manage to keep the ball and stretch the play. This game needs a goal soon, too early to say that maybe.

CRO 0-0 POR, 15 mins: Nani is down and looks a little dazed after an aerial challenge with Perisic. Could this be a concern for Portugal? No worries, he back inform and up. Meanwhile Croatia are back in control of the game. First corner of the game goes to Portugal. Joao Mario gets the call but misses it out.

CRO 0-0 POR, 10 mins: Joao Mario gets in a cross from the right that’s headed clear. Portugal just settling into the game. Croatia very patient when they get the ball, more than happy to go back and then look for another way through.

CRO 0-0 POR, 5 mins: Croatia get the game started. Modric dropping deep to collect then pass it on, then repeating, Croatia looking for early spell. It’s all Croatia still in terms of possession. Portugal happy to sit back. Portugal just can’t keep hold of the ball though.

Largely frustrating and worrying, with some rays of hope thrown in. Nobody thought Portugal would still be looking for their first win after completing the group phase having faced Iceland, Austria and Hungary. Even accounting for some obvious weaknesses — the lack of a commanding No. 9 as a reference point in the penalty area the most glaring of them –Portugal should have done better in Group F, but coach Fernando Santos seems as undecided as ever as to how to best utilise a richly talented squad.

There have been good individual displays — Raphael Guerreiro, Ricardo Carvalho and Nani have all shined — but little consistency or cohesion in terms of team play. It required captain Cristiano Ronaldo to almost single-handedly keep Portugal’s hopes alive, not the first time he’s done so. There’s not much to choose between the teams, but Croatia’s better form should see them edge the contest against a Portugal side that has not managed to translate the tremendous depth of talent into a cohesive team. 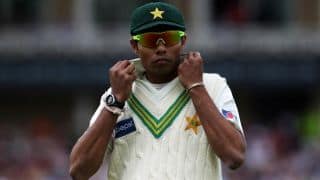