Cricket South Africa (CSA) will seek legal advice after an independent audit into an acrimonious bonus scandal turned up possible misconduct but no missing funds, its president said Saturday. 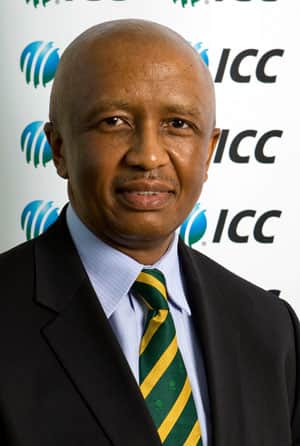 Cricket South Africa (CSA) will seek legal advice after an independent audit into an acrimonious bonus scandal turned up possible misconduct but no missing funds, its president said Saturday.

CSA’s board voted to accept the recommendations of an audit by accounting firm KPMG to get legal advice on possible misconduct by chief executive Gerald Majola, said Mtutuzeli Nyoka, president of the cricket governing body.

But auditors found no evidence that 68 million rand ($10 million, seven million euros) had gone missing from CSA coffers, as Nyoka had claimed.

“Cricket South Africa took a majority decision to accept the recommendations of the forensic report undertaken by KPMG that there is possible irregular conduct with respect to … (Majola’s) fiduciary duties,” Nyoka told journalists in Johannesburg.

“We will be guided by lawyers in which direction to go in this matter.”

Majola got a 1.7-million-rand bonus from the Indian Premier League (IPL) in 2009 without telling CSA.He and 40 staff members received unofficial bonuses totalling 4.7 million rand after the staging of the IPL in South Africa in 2009, but did not mention the bonuses to the South African cricket body.

They were later awarded additional year-end bonuses by CSA.Nyoka and Majola have been locked in a bitter feud over the undisclosed bonuses since mid-2010, when Nyoka confronted his one-time friend and teammate over the double-bonus payments.

Nyoka also insisted that 68 million rand in CSA money had gone missing.The stand-off divided CSA and led to a special meeting in February at which Nyoka was voted out of office.Nyoka challenged the decision in court, where a judge in April ordered CSA to reinstate him.Nyoka had repeatedly pushed for an independent audit of CSA’s finances, but KPMG’s report stopped short of endorsing his claim that funds had gone missing.

Instead it said CSA’s remuneration and travel policy needed to be reviewed.Nyoka said CSA would seek assistance from South Africa’s Olympic committee in choosing lawyers to deal with allegations of possible misconduct by Majola.