Former cricketer Geoffry Boycott hit out at the abysmal performance by England in Abu Dhabi where they were defeated by Pakistan by 72 runs, subsequently losing the three-match Test series. 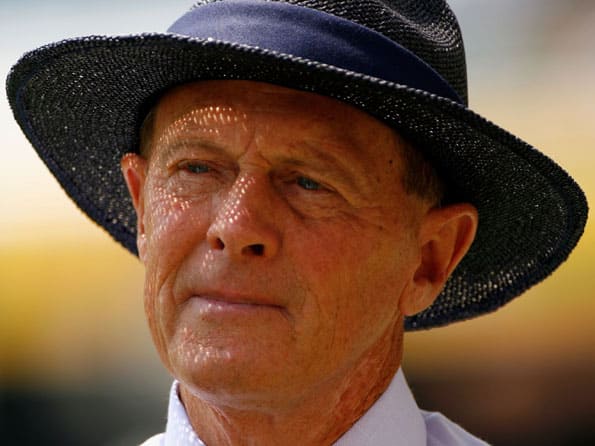 Former cricketer Geoffry Boycott hit out at the abysmal performance by England in Abu Dhabi where they were defeated by Pakistan by 72 runs, subsequently losing the three-match Test series.

Chasing a target of 145, England s batting line-up were dismissed at 72 runs in the 36th over of the fourth innings of the match.

This has been one of the worst defeats of the world No. 1 Test team and Boycott defined it as “what a load of rubbish.”

Boycott wrote in his column for The Telegraph, “Soon England could be labelled as a one-dimensional team who cannot bat in sub-continental conditions. They will be known as great at home, but no good in the east, so do not tell me this is the best England side ever, or is even fit to be No.1 in the world.”

In comparison to the first Test, Boycott feels England batted better in the first innings at Abu Dhabi, however, he never thought that the side will crumble down in just 22 overs.

“England batted as if they had no idea how to score. They succumbed like lemmings jumping off a cliff: uncertain, negative and mesmerised,” wrote Boycott.

Boycott believes the players are unable to get accustomed to the turning pitches of the sub-continent and they need to work on it as they have seven more Test matches to play in such conditions.

For Boycott, watching the England team collapse was “dramatically embarrassing, just like watching a horror movie.”

“Their only answer was to stay back and try to play the ball off the pitch with tentative pokes. It is not playing back that is the problem, it is playing back to good-length balls that gets you in trouble.”

“Before they go in to bat every batsman should have worked out in his head where he is going to try and score runs, and he should also have realised where he should not try to hit the ball because that is the area fraught with danger.

If that had been Pakistan collapsing ignominiously everybody would have been asking if there had been any funny business. Our batsmen were like rabbits frozen in headlights and scared stiff to play a shot.”

Boycott wonders how the team is performing so badly even with two world-class players their coach. Andy Flower has a terrific Test record and batting coach Graham Gooch s one of the best performances came against India in the World Cup in 1987 at Mumbai.

“I know that Saeed Ajmal is difficult to pick but the match winner was Abdur Rehman, an orthodox left-arm spinner. He is not in the same class as Wilfred Rhodes, Hedley Verity, Johnny Wardle, Tony Lock, true all-time greats. Can you imagine England playing on a turner against Jim Laker and Lock? It would be a two-day Test.

England were not bowled out by an iconic spinner. The batsmen got themselves out through fear and pressure and it was the worst effort I have seen by this England team,” Boycott wrote.

Boycott feels no team can win if there top order is unable to perform well.

“(Andrew) Strauss is low on confidence – usually he drives the ball down the ground but he dare not play it at the moment – while Pietersen is a walking lbw candidate.

Eoin Morgan’s body language is abysmal. When he walks in under pressure he gives me the impression of a lamb to the slaughter. When he comes in, I daren’t go for a pee because I know I will miss him.

Alastair Cook likes to use the pace of the bowling but on slow turners there is no pace, so you need a wide range of shots, which he does not have, and you need to play the ball late with soft hands and flexible wrists to manoeuvre it into the gaps. That is not his style.

Ian Bell is a beautiful stroke player with a wide range of shots. Technically he is the best equipped batsman in both teams. With orthodox spinners he has no problem but the mysteries of Shane Warne, Muttiah Muralitharan and Ajmal leave him up the creek.”

Boycott also mentioned Jonathan Trott, even though the batsman was unwell in the second innings of the match.

He concludes, “We can make some allowance for Jonathan Trott being unwell in the second innings but I do not know where on earth we go from here.”