Steyn claimed that umpire Gould had denied him Tendulkar's wicket when the batting great was on his way to a landmark ODI double ton in 2010.

In 2010, India legend Sachin Tendulkar became the first batsman in the world to break the 200-run barrier in one-day internationals (ODIs) when he smashed a maiden double hundred against South Africa in Gwalior. Tendulkar achieved the unthinkable milestone during the second ODI of the three-match series. During his stroke-filled knock, he surpassed the likes of Saeed Anwar and Charles Coventry in the list of highest ODI individual scorers.

Reflecting his thoughts about that special knock, South Africa fast bowler Dale Steyn is convinced he had Tendulkar LBW as he approached the first individual double century in ODI. Steyn claimed that umpire Ian Gould had denied him Tendulkar’s wicket when the batting great was on his way to a landmark ODI double ton fearing backlash from the capacity crowd present at the Captain Roop Singh Stadium.

Steyn said that when the batsman was about 10 runs short of the magical figure he had trapped Tendulkar in front of the wicket, but the bowler was denied by on-field umpire Gould. “Tendulkar scored the first double hundred in ODI cricket, and it was against us in Gwalior. And I actually remember I think I got him out lbw when he was about 190-odd. Ian Gould was the umpire, and he gave him not out,” Steyn said during a Sky Sports Cricket Podcast with England pacer James Anderson.

Steyn, however, was full of admiration for Tendulkar, international cricket’s all-time leading run-scorer and century-maker, saying he had “everything covered, he’s got every shot in the book.

“And, like Jimmy said, you just didn’t want to bowl a bad ball to him. Especially in a place like India.”

“You bowl a bad ball, and he hits you four – he’s on nought and he hits you for four in Mumbai (Tendulkar’s home town), it feels like the world is closing in on you. He’s only on four not out, he may as well have been on 500!”

Tendulkar eventually went on to score the first double hundred in ODIs with his unbeaten 200, powering India to a mammoth 403 for three in the second ODI of the bilateral series. 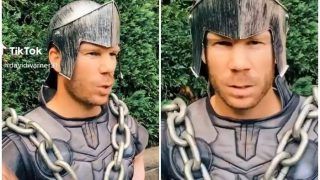 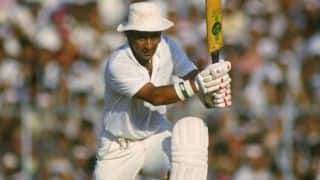