After the match, England skipper Joe Root played down the incident, saying ill-feeling would not sour relations between both teams.

On Wednesday, South Africa speedster Dale Steyn has finally reacted on the cuss word controversy featuring Jos Buttler and Vernon Philander. Retweeting the video of the incident during the Cape Town Test, Steyn felt it was loud and clear. His tweet read, “Well, that was loud and clear.”

Well, that was loud and clear. https://t.co/Mr7ZftfUUg

English wicketkeeper Buttler was heard using cuss words on the stump microphone during the second Test at Cape Town on Tuesday, which England eventually won by 189 runs.

The incident took place when England was inching close to the win. Philander, who was in the middle was putting up a fight in keeping England at bay, that is when Buttler lost his cool and ‘f***ing k***head. Philander stared back at Buttler, prompting the Englishman to cuss further, this time saying it was hard for the ball to ‘get past that f***ing gut’.

After the match, England skipper Joe Root played down the incident, saying ill-feeling would not sour relations between both teams.

“I don’t think it was anything serious,” Root said. “It was just two guys playing hard Test cricket. Emotions were running quite high and I don’t think anyone overstepped the mark. You want a bit of spice on the TV anyway, don’t you?”

Eventually, England won the match by 189 runs. Ben Stokes starred with the ball, wiping out the tail in under two overs, claiming three quick wickets after South Africa’s hopes for a draw were raised by Quinton de Kock and Rassie Van Der Dussen. 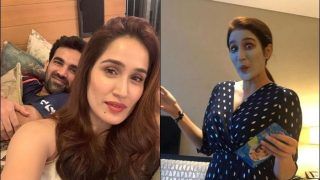 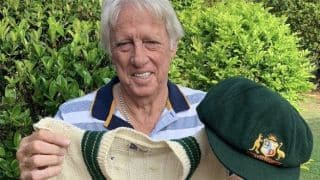