Dane van Niekerk and Marizanne Kapp became the second set of international cricket teammates to get married, after Amy Satterthwaite and Lea Tahuhu of New Zealand.

Kapp and Van Niekerk both made their international debuts during the 2009 Women’s World Cup. They are also teammates for Sydney Sixers in Women’s Big Bash League. Both women are prolific all-rounders. van Niekerk, captain of South Africa, has 1,170 ODI runs at 33.39 and 125 wickets (joint-most among South Africans, along with Shabnim Ismail) at 18.86, while Kapp (third-most) has 1,618 runs at 26.96 and 99 wickets at 24.84.

Van Niekerk and Kapp also have prolific T20I careers, featuring at second and third spot among South African wicket-takers (van Niekerk also has the most runs). Both also featured in the 2014-15 Mysuru Test the only one in their careers. 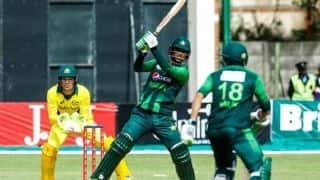 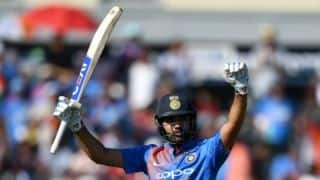