Former New Zealand captain Daniel Vettori and bowler Jeetan Patel apologised Thursday for going on a drinking session which left Patel injured and unable to take the field against England. Former New Zealand captain Daniel Vettori and bowler Jeetan Patel apologised Thursday for going on a drinking session which left Patel injured and unable to take the field against England.

New Zealand Cricket (NZC) said the pair’s behaviour during the incident, which took place after the first day of a New Zealand XI warm-up match against England in Queenstown last week, was “completely unacceptable”.

“NZC understands that Jeetan Patel was refused entry to a bar in Queenstown,” it said in a statement.

“He subsequently fell and hit his head. Patel returned to the team hotel, felt unwell and took himself to A and E (the accident and emergency ward).”

Patel, who is not part of the Black Caps Test side currently playing England in Dunedin, missed the second day’s play of the warm-up match, with team officials telling media he was unwell.

Vettori was not playing in the match and was in Queenstown to work with medical staff as he attempts to recover from an Achilles injury.

“My behaviour was completely unprofessional in going out and I should have spent time with Jeetan in another way,” he said.

“I would like to apologise to the NZ Cricket medical team who I was there to work with and to anyone else who is disappointed in my behaviour.”

Patel, who has played 19 Tests for New Zealand, also said sorry, saying it was “totally inappropriate for me to be out drinking during a match where I was representing my country”.

The incident comes after paceman Doug Bracewell was ruled out of the Dunedin Test after cutting his foot cleaning up after a party at his Napier house, prompting NZC to issue a statement of apology from the player this week. 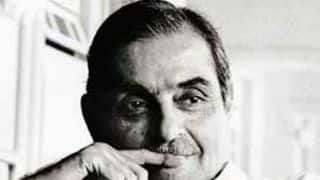 Nari Contractor: A burgeoning Test career cut short at age of 28 due to goriest of injuries