Daniel Vettori made official announcement of his retirement after returning to New Zealand.

Auckland: Veteran left-arm spinner Daniel Vettori , the most capped ODI player for New Zealand, today bid adieu to the 50-over format, completely ending an 18-year career in the game during which he won plaudits for being an inspiring leader.

The 36-year-old, whose ODI future was a subject of speculation at the end of New Zealand’s superb World Cup campaign during which the team made the final, said it was time to call it a day. Vettori has already retired from Tests and Twenty20 cricket.

He made the announcement of his ODI retirement soon after the New Zealand team landed here from Australia following a seven-wicket loss to Australia in the mega-event’s final in Melbourne on Sunday.

“It was my last game for New Zealand, in the final, so it was a lovely way to finish. It would have been great to win, but I’m pretty proud of everyone, the way we’ve gone about things the last six weeks,” the affable bowling all-rounder told reporters.

“To be able to finish in the final, albeit without a win, I’m just very grateful for the amount of support I had particularly from Brendon (McCullum) and Mike (Hesson). To be able to get back from a number of injuries and to be here and to be part of it … is something I’ll always treasure,” he added.

After making his ODI debut in 1997 at the age of 18, Vettori went on to become not just the most capped Kiwi player but also the team’s leading wicket-taker with 305 scalps at an average of 31.71 from 295 games. He also had the distinction of being part of five World Cup squads, picking up 36 wickets in 32 matches, including 15 in the recent edition.

In his 113 Test appearances, Vettori took 362 wickets to be New Zealand’s highest wicket-taker and be only the third cricketer after Kapil Dev and Ian Botham to take more than 300 wickets and score 4,000 runs. Vettori tally Test runs stands at 4531 runs.

The veteran has been hampered by injuries in recent past but has been a key figure nonetheless for the Black Caps. The bespectacled spinner, in fact, found a place in the ICC‘s Team of the World cup for his performance in this edition. 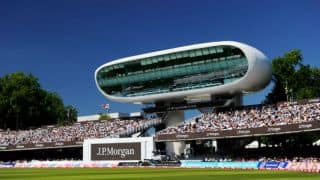 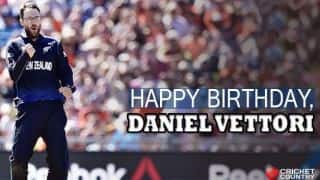